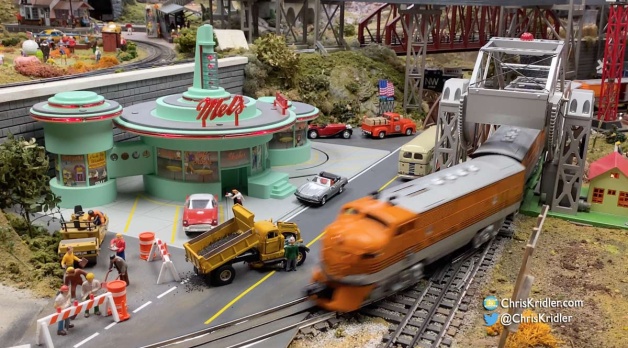 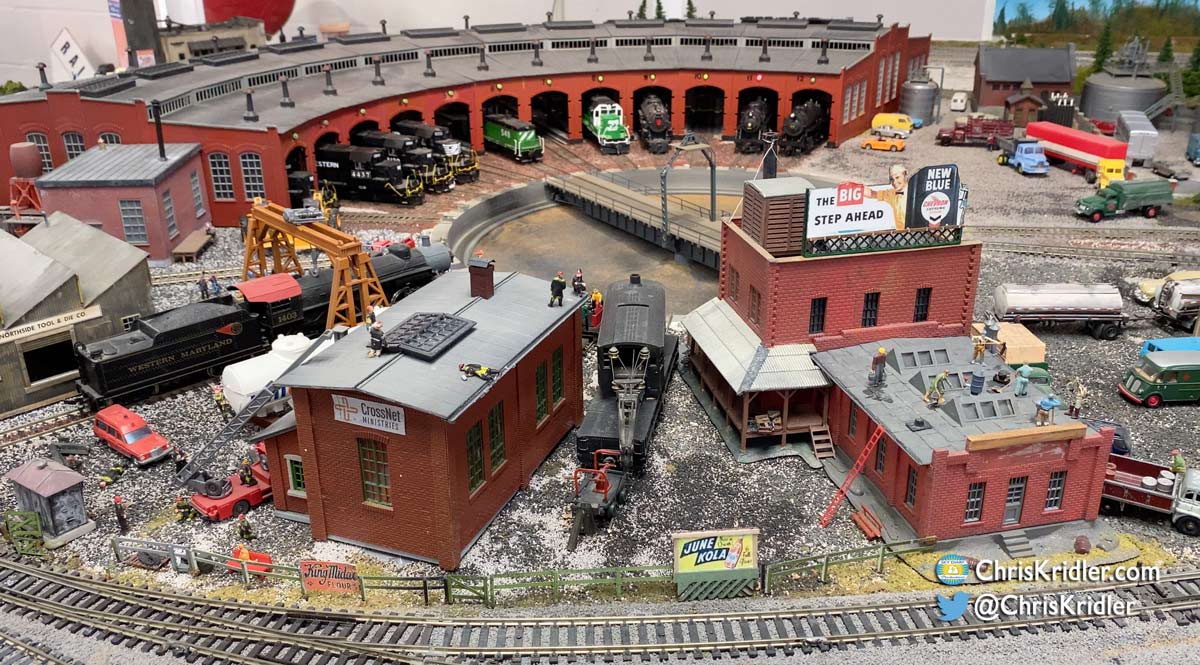 I’m traveling right now, but it’s not what it sounds like. I’m actually dealing with a family crisis and trying to work in the scant time in between. Still, I took a short break today and visited a wonderful model train display. I would say toy trains, because it sounds more fun, but I think the serious train guys might object.

The display is located at Garden Spot Village, a retirement community in New Holland, Pennsylvania. It was open for a couple of hours today during a fall festival. So I spent a few minutes decompressing and imagining myself in the tiny world of the trains through the eye of my iPhone.

This is a laid-back little video. The models range from various gauges traversing sophisticated settings to cute Thomas the Tank Engine trains. The attention to detail is fantastic. If only I’d had more time to capture it all! I suppose the same could be said of life. My thoughts are certainly running that way as I see a dear family member struggling with age and illness.

Treasure the time you have, friends.

A peek at my work: video profiles

Here’s one of the ways I earn a living these days: doing video profiles of people and businesses. I had the pleasure of interviewing Dr. Roxanne Guy of Brevard Plastic Surgery & Skin Treatment Center and seeing her at work in surgery, which was fascinating. This is the video we just posted.

Let me start by recommending “Holidays with Dino” at Melbourne Civic Theatre, starring the incomparable Alfie Silva, who absolutely channels Dean Martin in this breezy, fun Christmas show. It’s a tribute to Dino and the TV hilarity of that era.

Alfie and his co-star Henry Caraballo, who’s a scream as Sammy Davis Jr., were kind enough to co-star in my hubby’s entry into the Sinatra/Drinking Made Easy cocktail competition. I filmed the video, and here it is. The drink, Come Fly With Me Ring-a-Ding-Ding, is really good, too!

Inside the Melbourne Chamber Music Society

The Melbourne Chamber Music Society has been described as a jewel. It brings top-notch performers from around the world to Brevard County, Florida, including the Juilliard String Quartet on Dec. 2. I had the opportunity to do a video profile of this group, which offers world-class music with a small-town atmosphere.

I’ve been busy shooting and editing videos and photos, and writing articles, too. So I need a break, and so do you. Here it is: an adorable video in which a GoPro camera was cleverly used to film a dog doggedly running and hanging on to a stick (by YouTube user Lorduss1). You might also call it a stick-cam. It’s a hoot. I love watching the pooch’s eyes move. I used my GoPro a lot to shoot video during the Art of Sand festival, both for time lapses (constructed from stills) and as a tractor-cam from the big machines that move the sand.