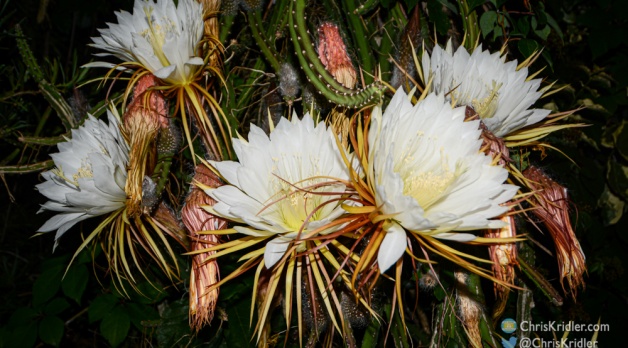 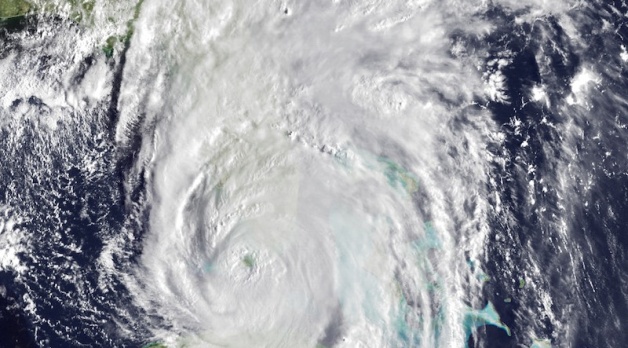 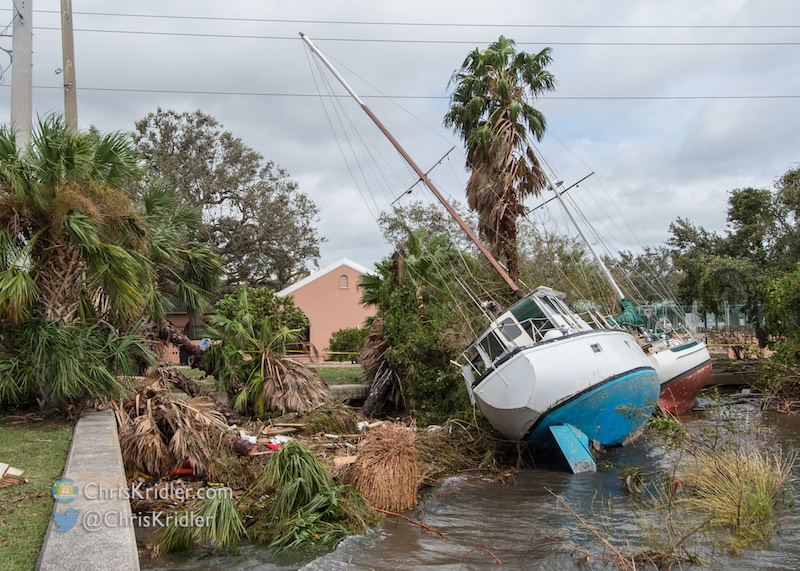 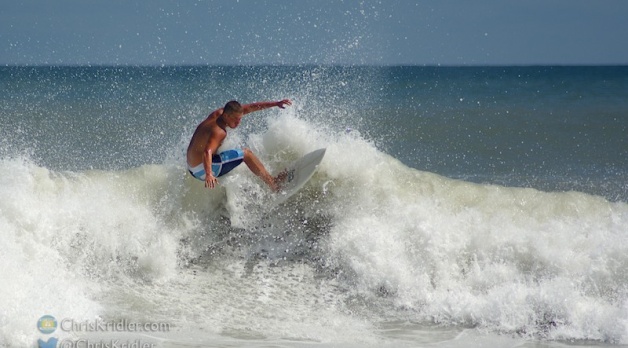 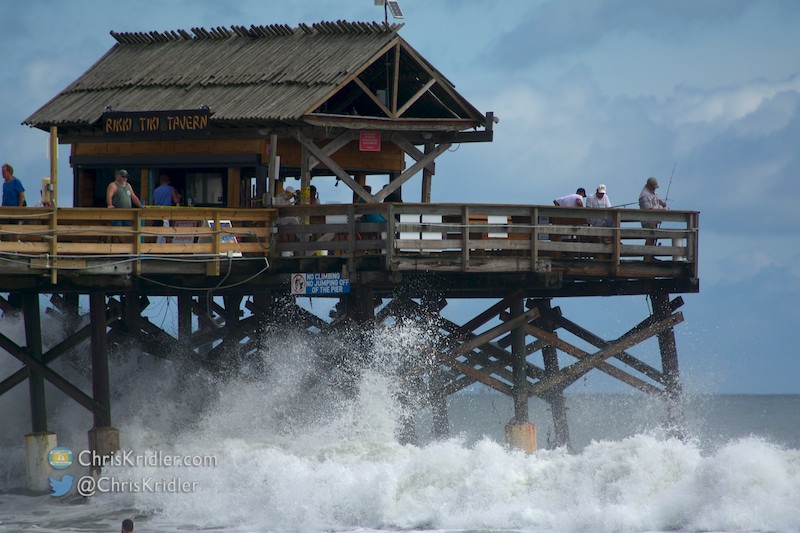 The Cocoa Beach Pier was pounded by waves spawned by the offshore hurricane.

The surfers came out to enjoy the ride, and I photographed them at the Cocoa Beach Pier. Usually, in Florida, this is about the time we hold our breath and check to make sure our belongings are as secured as they can be and doublecheck the boards (or shutters, or whatever) on the windows. But it appears Hurricane Irene’s worst will be reserved not just for the Carolinas, but for the northeast. I’ve always wondered how the northeast would react to a storm like this. Unfortunately, we’re about to find out. I’d encourage residents up and down the East Coast of the United States not to take this storm lightly. Secure small objects, lay in a supply of water (one gallon per person, per day) and batteries for flashlights, and have enough nonperishable food to last three days. Even being without power for a few days (let alone weeks) can be miserable, and if you don’t have the right supplies, it’s much worse. You might also stock a cooler with ice. It won’t last forever, but it can tide you over. We also make sure we have gas for our generator and propane for our grill. The grill, which also has a burner, meant we ate pretty well in 2004 when we were without power after both Frances and Jeanne. Plus it’s a way to cook meat that’s in your freezer before it goes bad. Also make sure you have a car charger for your cell phone, make sure your car has gas, and get some cash ahead of time.

Here are my links to tropical weather data, including model tracks.