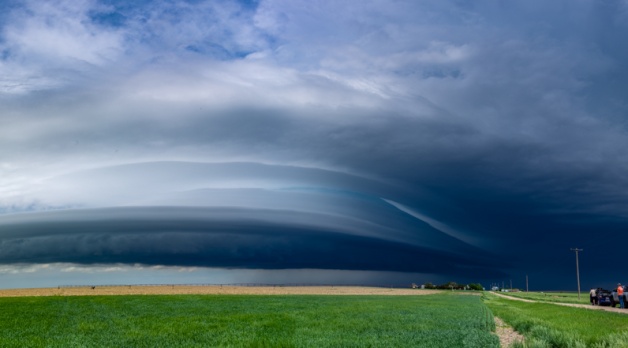 
After a very late night chasing storms in the northern Texas Panhandle and traveling north to the I-70, Alethea Kontis and I were happy to wake up in the target area on May 26. But when we looked out the window of our hotel in Colby, Kansas, we realized we weren’t going to have a leisurely start. A supercell to our west was already producing beautiful mammatus (so much mammatus this year!), and it was spinning. It was hard to see behind the retail buildings, but we knew we had to chase it. 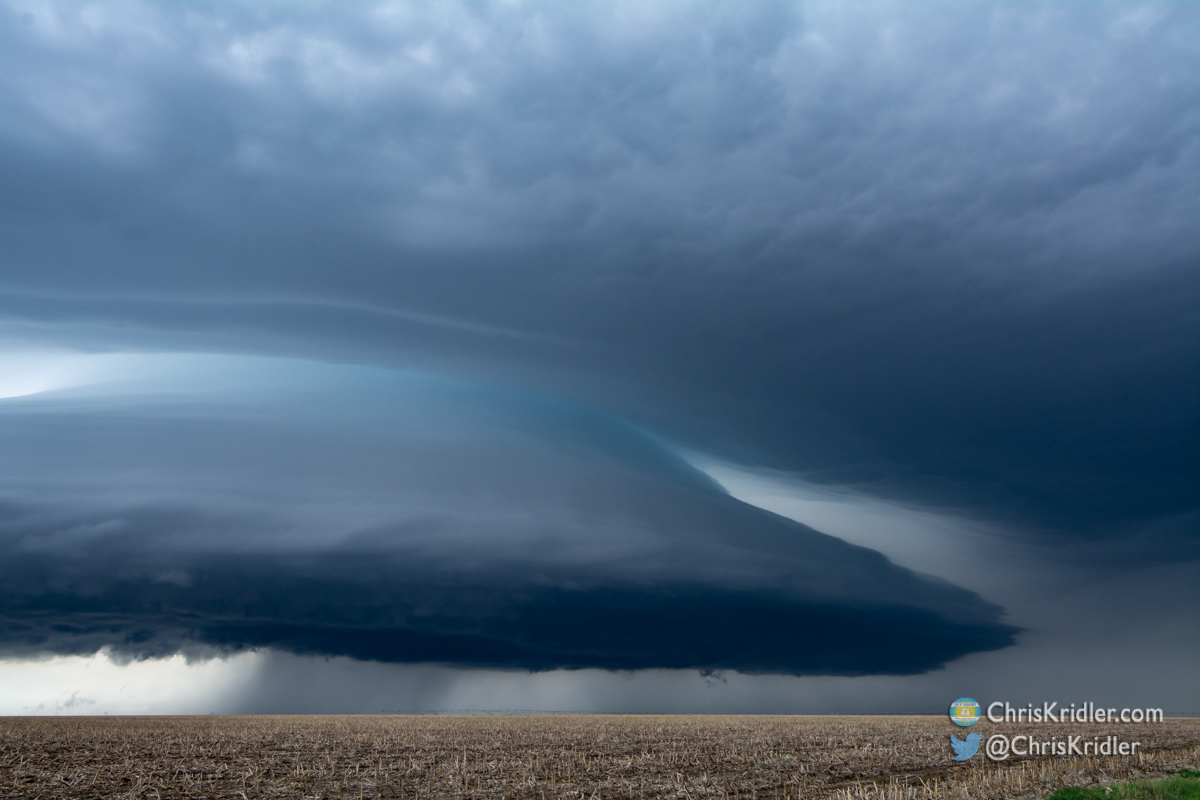 This is one of my favorite images – the sleek structure over the simple field.

And oh, what a chase it was! This mothership supercell was not only spinning but absolutely beautiful. (The timelapse video says it all.)

This kind of structure is rare — and almost unheard of at 11 a.m.! I was enraptured, and we followed it north of Colby for a while until we had to make a choice and reposition for potentially tornadic storms later in the day.

Those started early, too – one too far southeast of us to catch, and more up in Nebraska. We met up with Bill Hark and Jason Persoff in Oakley and debated which way to go. And ended up not seeing any of the tornadoes. That said, we finished off the day with beautiful skies anyway: bubbling convection, a glorious sunset, and staccato lightning as the moon rose over the storms.

We found an abandoned structure in front of this beautiful storm northeast of Dresden, Kansas.

It’s hard to be disappointed in a day that offers such a visual feast.

Roll over a photo to see a caption, or click on any picture to start a slide show of larger images. 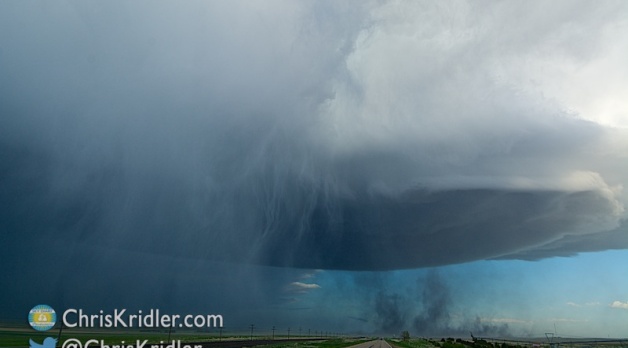 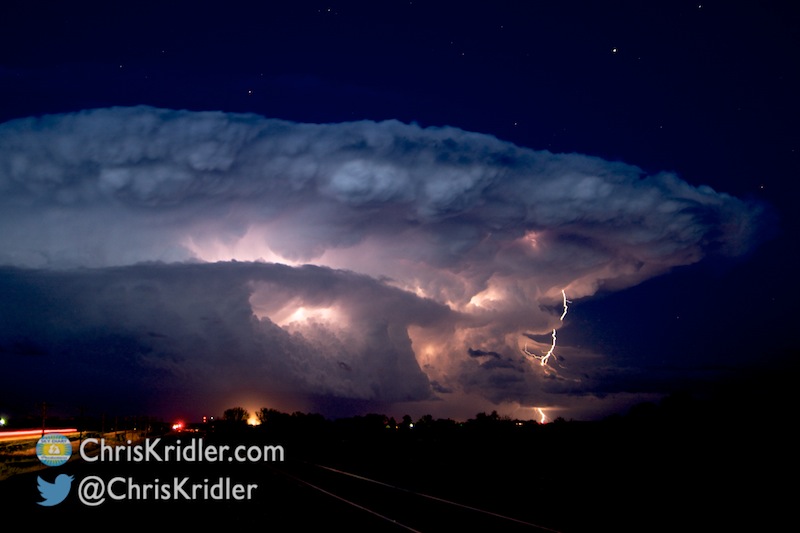