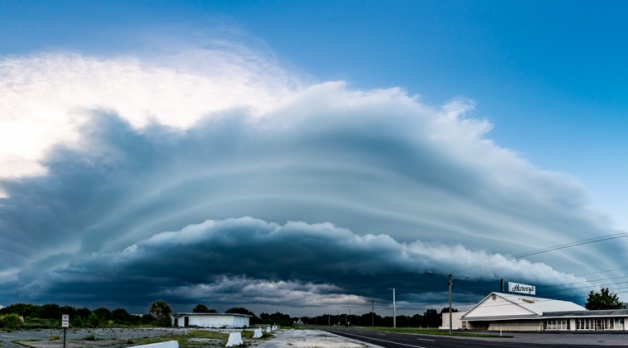 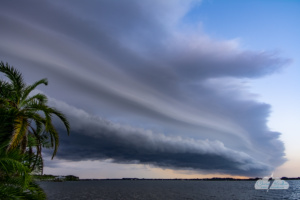 I’ll admit it: I’m a lazy Florida chaser. Here’s the thing about Florida storms — most garden-variety Florida storms (not the rare supercells we get, mostly in winter and early spring) pop up and die within thirty minutes. FOR REAL. In the Plains, if you see a storm a hundred miles away, it might actually still be going by the time you get there. Here, it will be long gone.

The other thing about Florida is trees. Yes, a lot of the state — especially from central Florida north — is covered in trees. So even though we don’t have many hills getting in the way of our views, trees are confounding.

The best way to chase storms in Florida is to dedicate entire days to hanging out in the center of the state waiting for sea-breeze boundaries to collide and chasing whatever pops up from these and subsequent storms formed on boundary collisions. But since I’m usually working on other stuff, I don’t often have that luxury. That’s why, when a nice lightning storm or shelf cloud materializes in my area and I have enough notice and time to get to it, I’ll dash out the door and take my chances. If I actually get on a good storm, then I can be quite obsessive about squeezing every last lightning bolt out of it, but those occasions are rare. 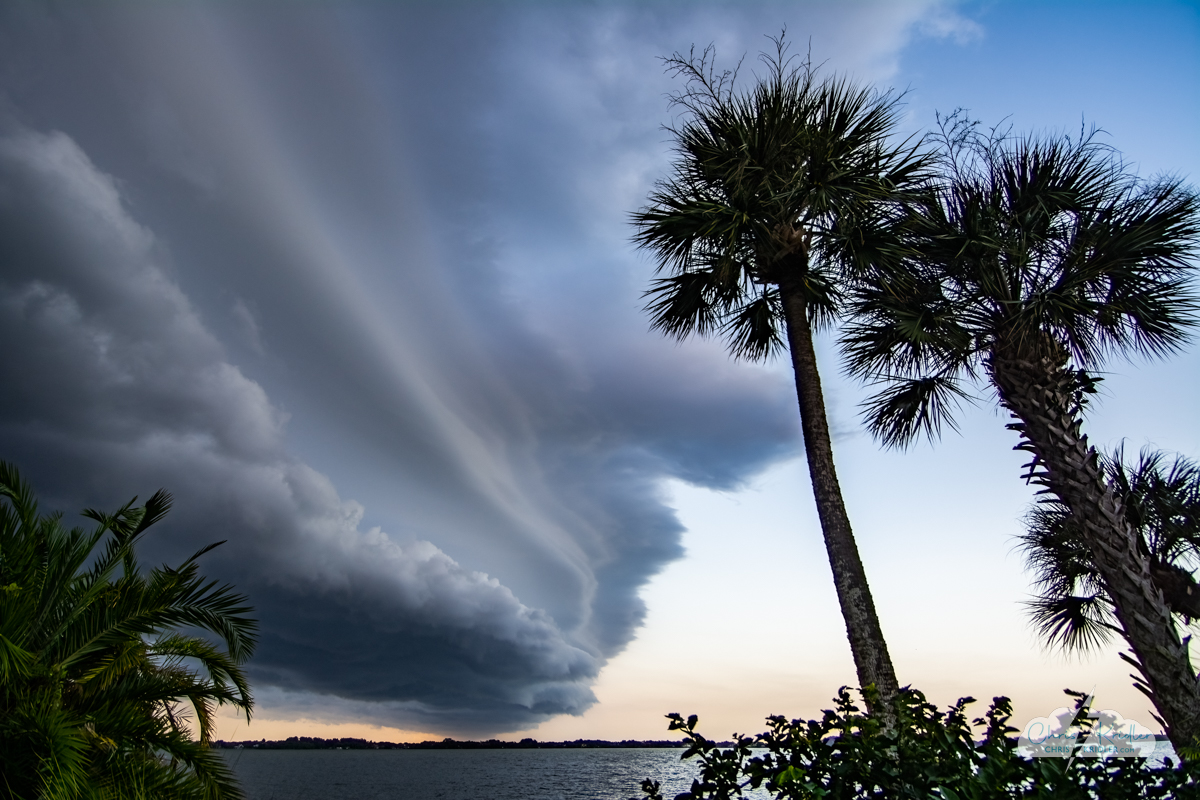 Looking east at the shelf cloud.

Today was one of the good days. Hubby texted me on his way to the grocery store that there was a nice shelf cloud to the north. I wasn’t even paying attention, but WOW, was I thrilled when I went outside to look. The shelf represented an outflow boundary from storms to the north. By itself, it wasn’t violent or dangerous, but boy, was it dramatic.

My first stop was just up the river road in Rockledge, looking north toward Cocoa, where I saw a piece of the shelf cloud looming over the Indian River Lagoon. From there, I went south to the old Harvey’s citrus plant location and took some shots, then to the extreme southern end of Rockledge (the River Rocks parking lot) to let it overtake me. It was so, so beautiful, I took a ridiculous number of photographs.

A note about my photo editing: I used to be much more of a stickler for documentary photographs. I didn’t do much to enhance contrast and color, just a bit of work and a decent crop. But I’ve become more forgiving and have learned to let my creativity guide me. I’m not faking anything, but I am embracing enhancements of natural colors and bumping up clarity and contrast so you get the feeling I get when I look at the storms. I take a more artistic view. I even occasionally remove power lines (one of these photos has power lines removed, as marked).

Storm chasers have different styles when it comes to photo edits. I’ve noticed a trend toward super-dark edits. Some crank the clarity (a Lightroom/Photoshop setting) to extreme levels. I hope I strike a balance between nature and art. I was thrilled with this storm and these photos. Enjoy. 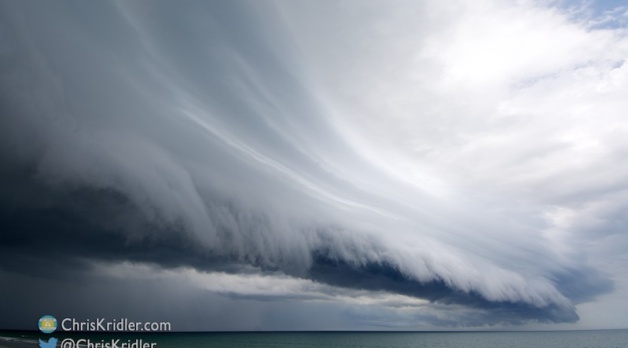 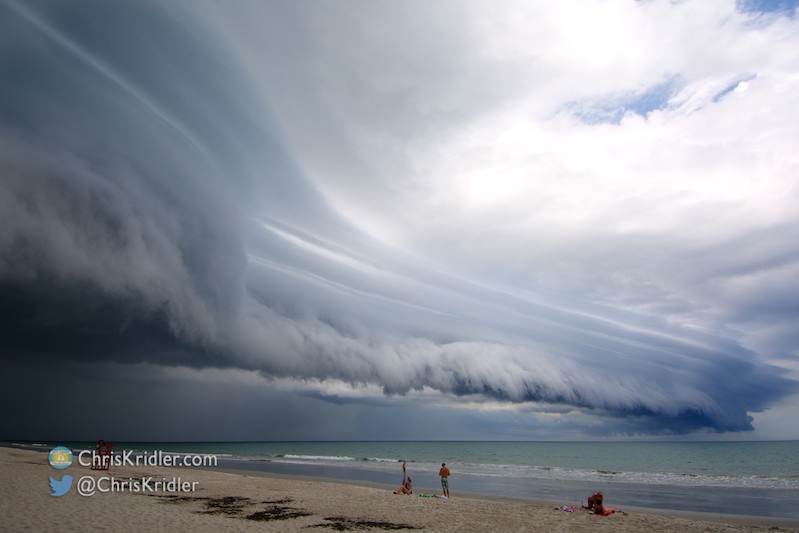 Magnificent layers formed in the beautiful shelf cloud. Bathers were starting to abandon their beach posts.


Strong storms started early on August 13. By 1:30 p.m., when I was in Satellite Beach, a magnificent shelf cloud was bearing south.

Beachgoers took their time to leave the beach in the face of the ominous arcus cloud. I couldn’t resist waiting for it and shooting as many photos as possible, given its delicate layers. 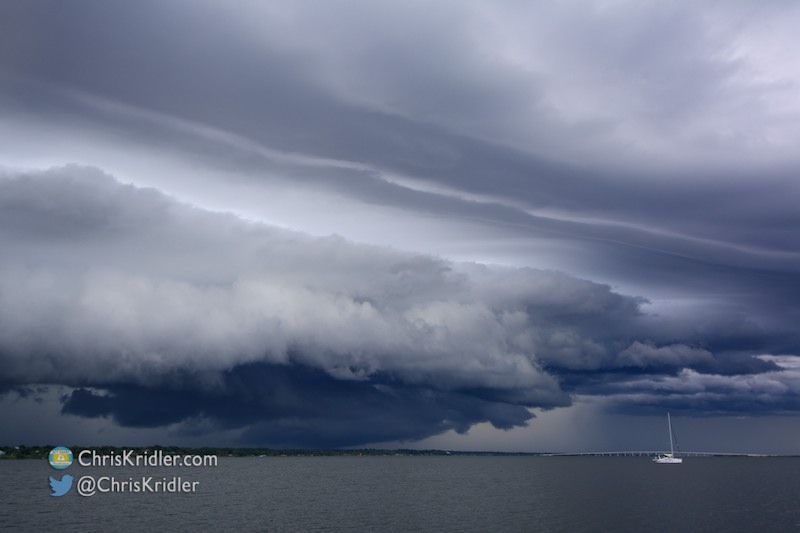 The light and layers change as the shelf cloud approaches.

On July 6, this was one of those chases that materialized when, vaguely aware that a bunch of storms were forming in central Florida, I looked out the window and saw a nice shelf cloud (arcus cloud) forming. After muttering several words I can’t print here, I grabbed my camera and raced out the door to get into position.

First stop: the east end of the S.R. 520 bridge, looking back west at Cocoa. From there I went to Cocoa Beach and then Satellite Beach, marveling at how the delicate light and color of the layers in the cloud changed as it raced east toward the beach (and I hit every freaking red light in Merritt Island). 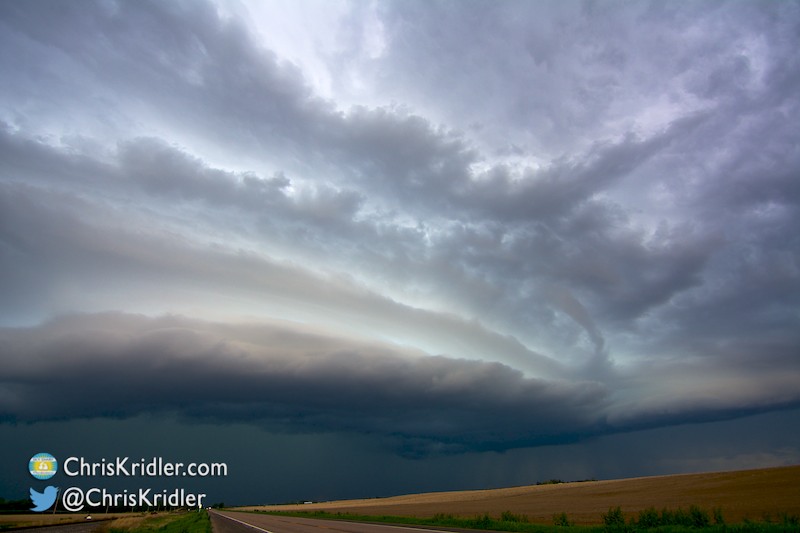 
After a difficult couple of days dealing with car issues after hitting a deer, I got a rental and did a mini-chase in Nebraska between McCook and Holbrook on May 16. I waited for middling storms to make their way to me, and they formed a beautiful if short-lived layered shelf cloud. 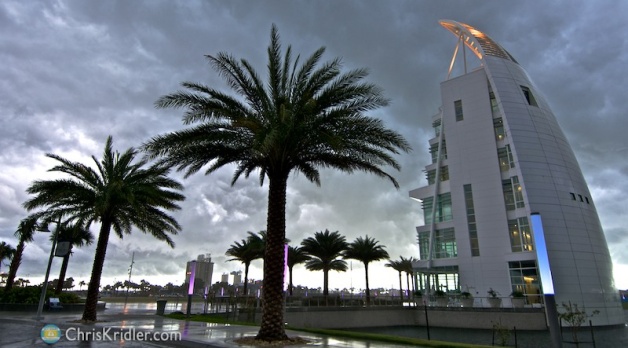 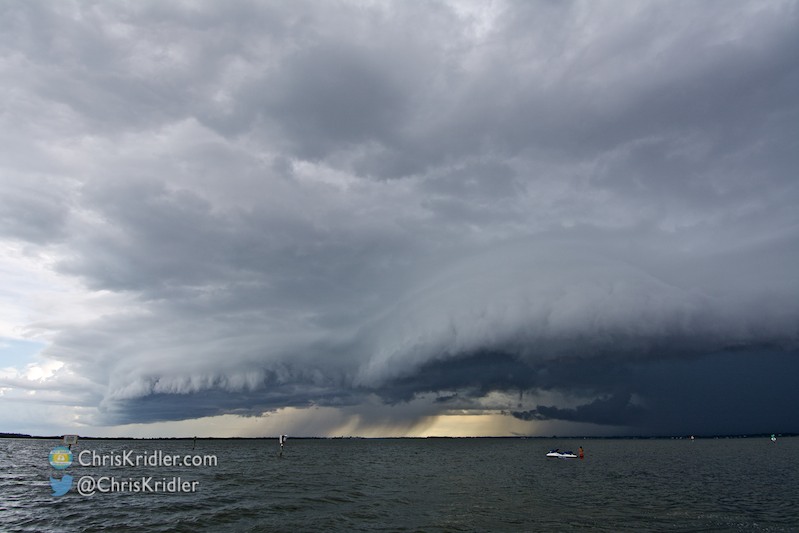 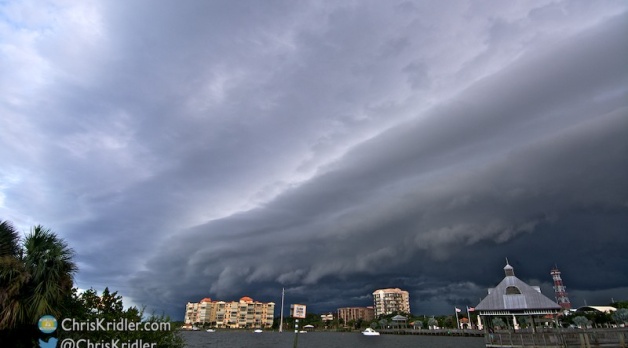 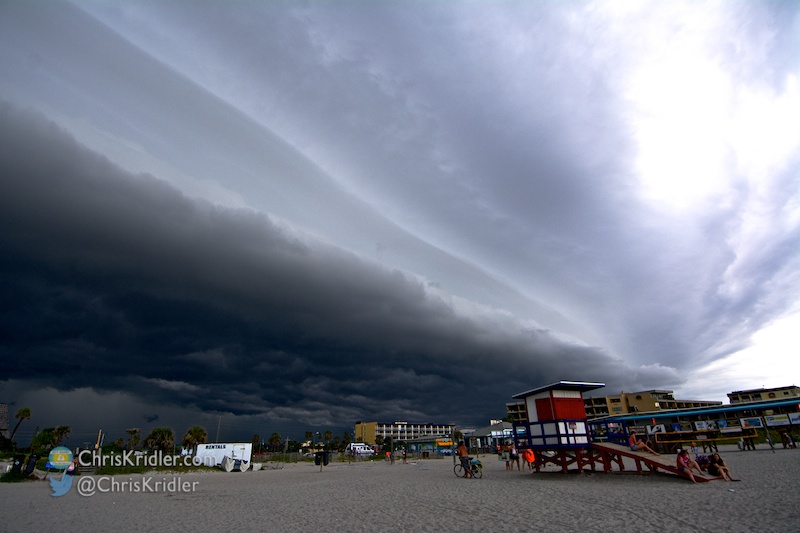 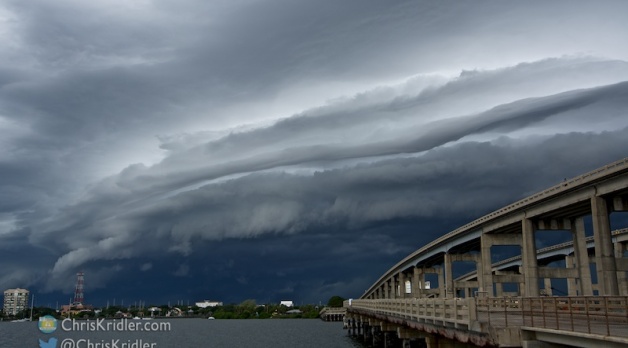 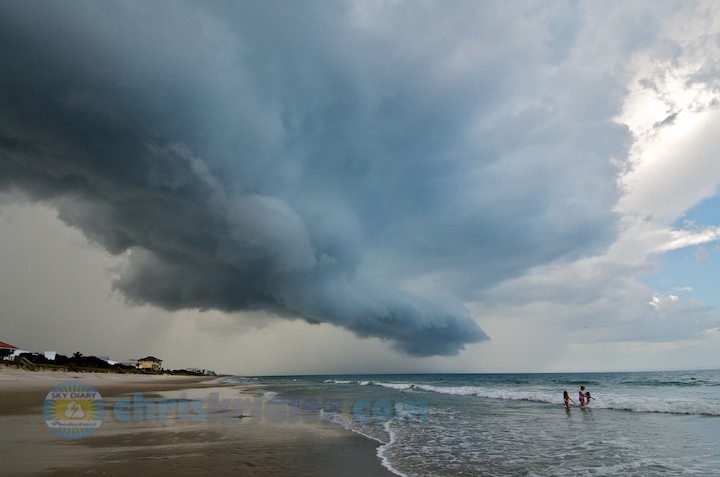 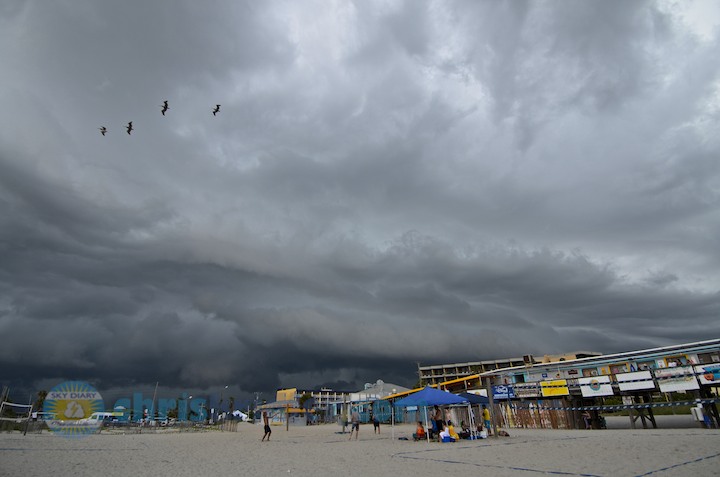