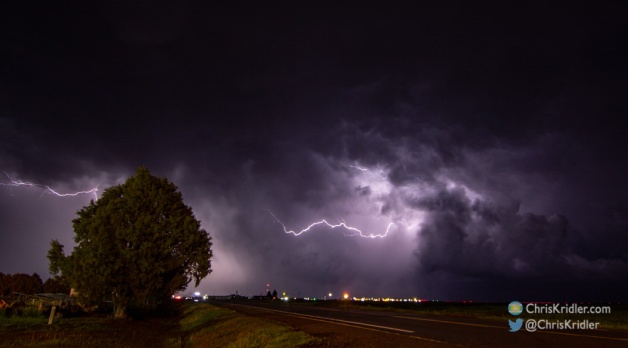 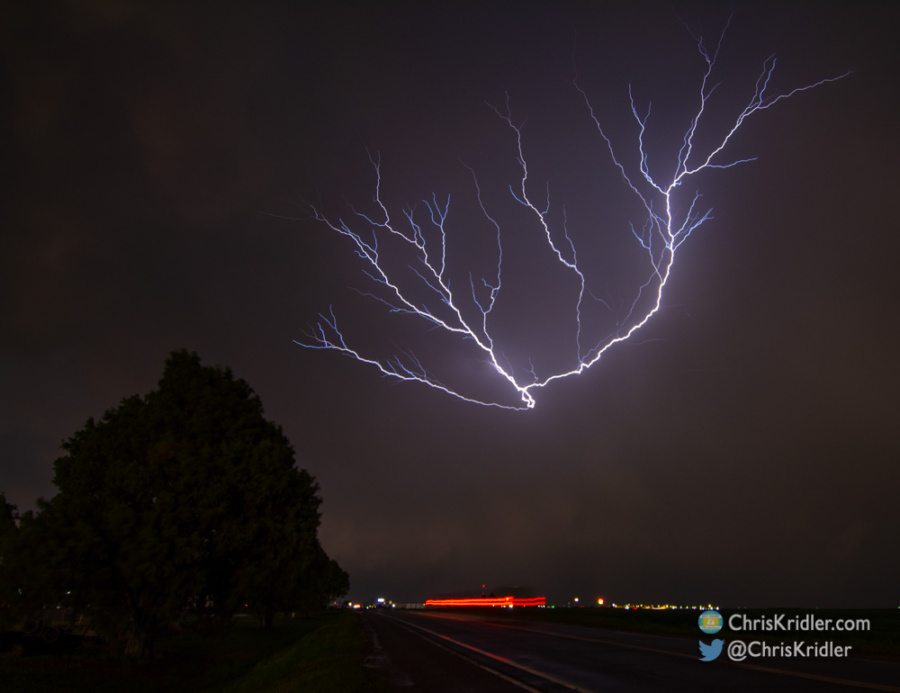 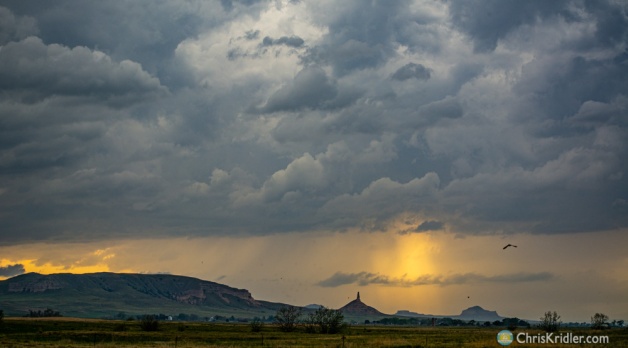 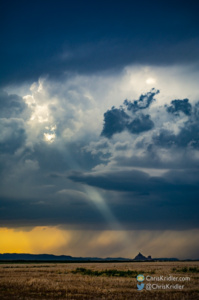 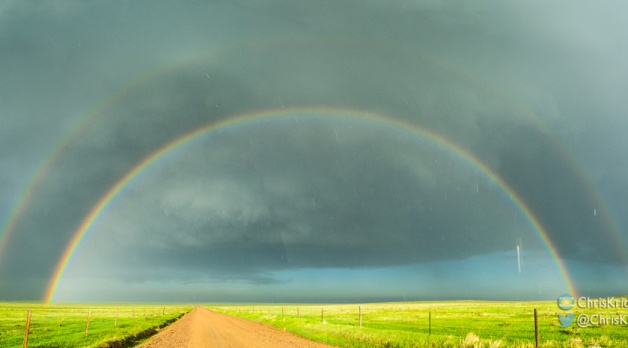 20 May 2021: Hailstorms and rainbows in northern Colorado 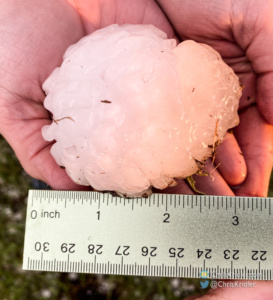 The biggest hail we saw was about three inches across.

May 20, 2021, Alethea Kontis and I targeted northeastern Colorado, hoping for supercells. Bill Hark joined us for much of the chase. Storms took a long time to get going, and when they did, the lack of roads made it difficult to be on the “right” side of them … but we had a beautiful view of hail and rainbows (or hailbows) from the west.

We also picked up some very large hail on the road, up to three inches in diameter — hail I was very grateful not to drive through.

Roll over a photo to see its caption, or click on one to start a slide show of larger images. 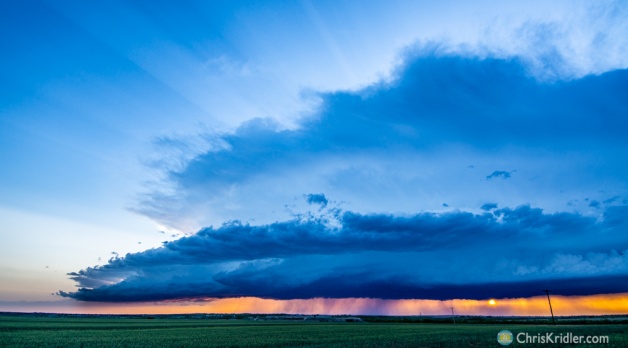 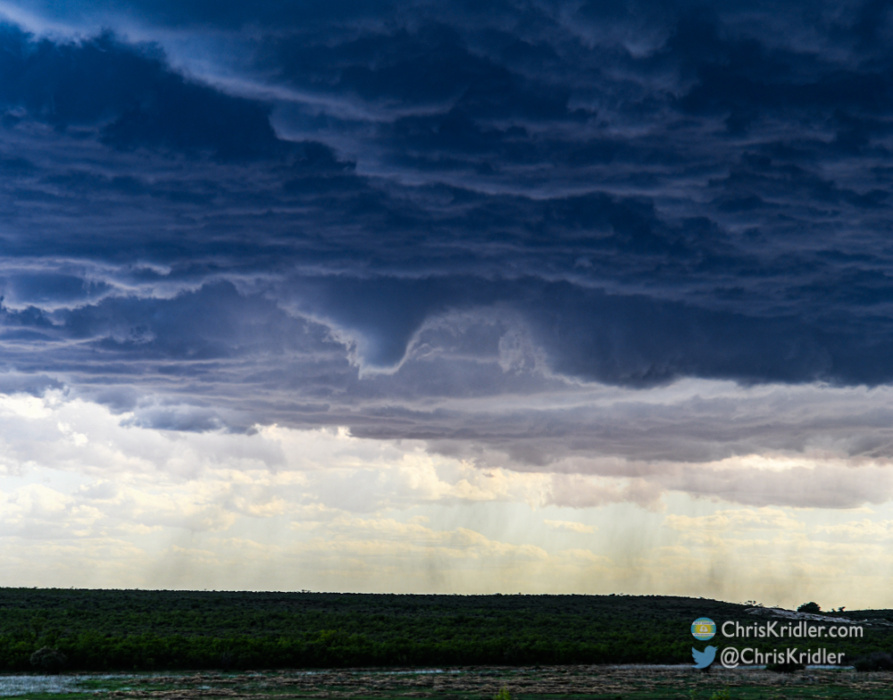 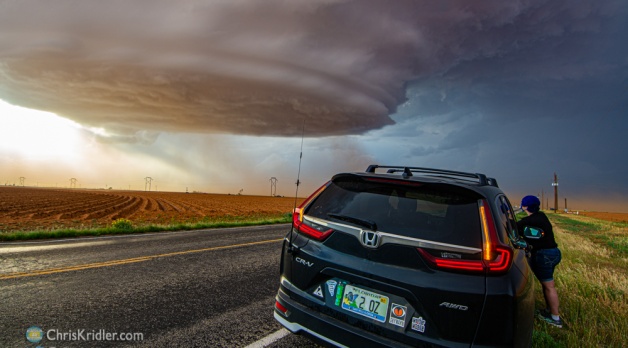 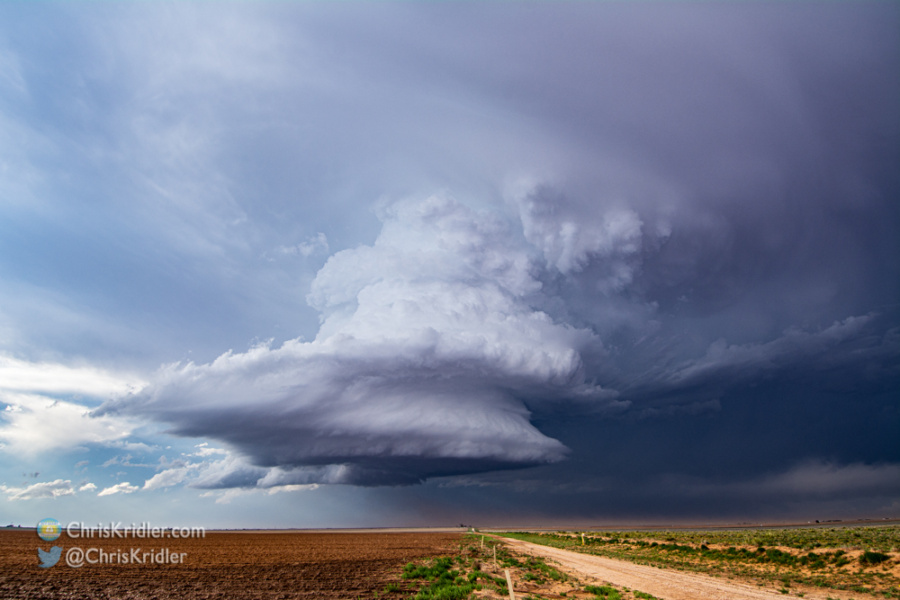 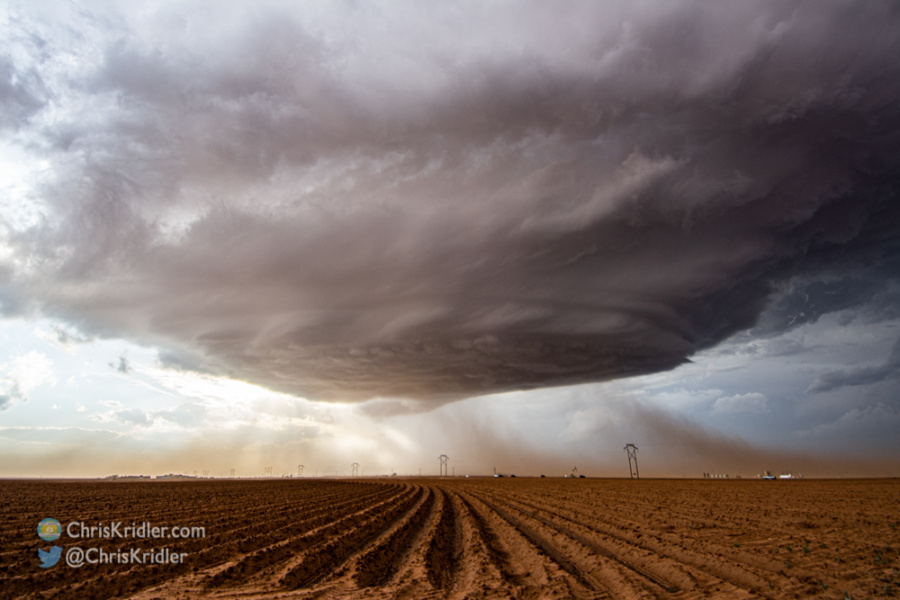 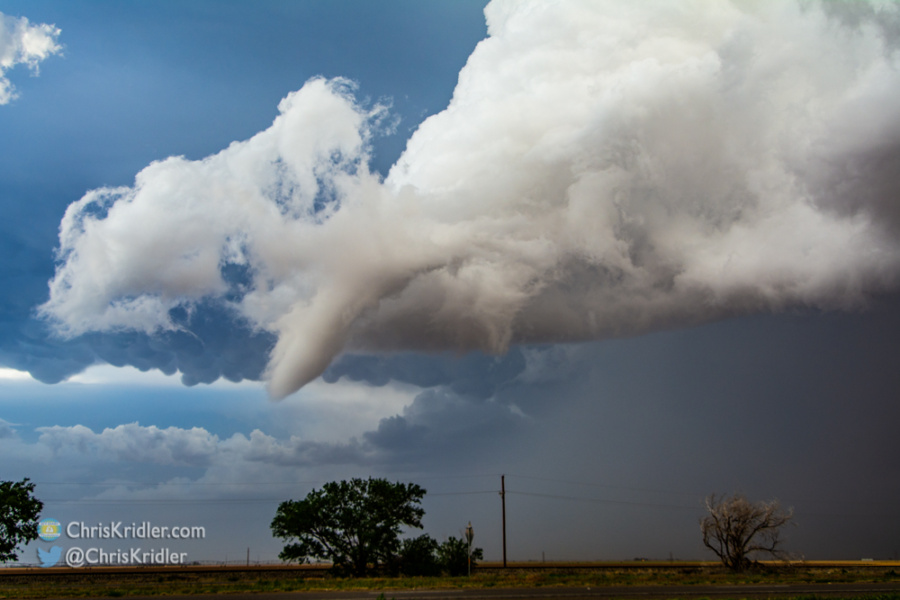 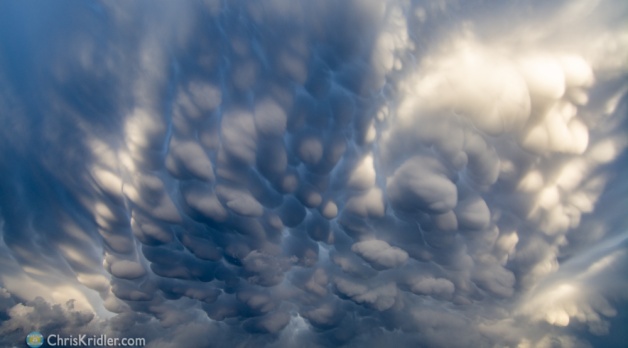 May 16, 2021, didn’t start as the most promising of storm chases. Alethea Kontis and I targeted an area southwest of Amarillo and played with pretty storms, photographing falling hail and mammatus. We didn’t see much structure, though, and in search of a break, we stopped at a gas station in Hereford. I thought I saw what looked like a wall cloud on a storm to the south and figured we’d take a look after we finished our rest stop. When we got back in the car, I saw the storm had multiple tornado reports on it – all for one, pretty little tornado. 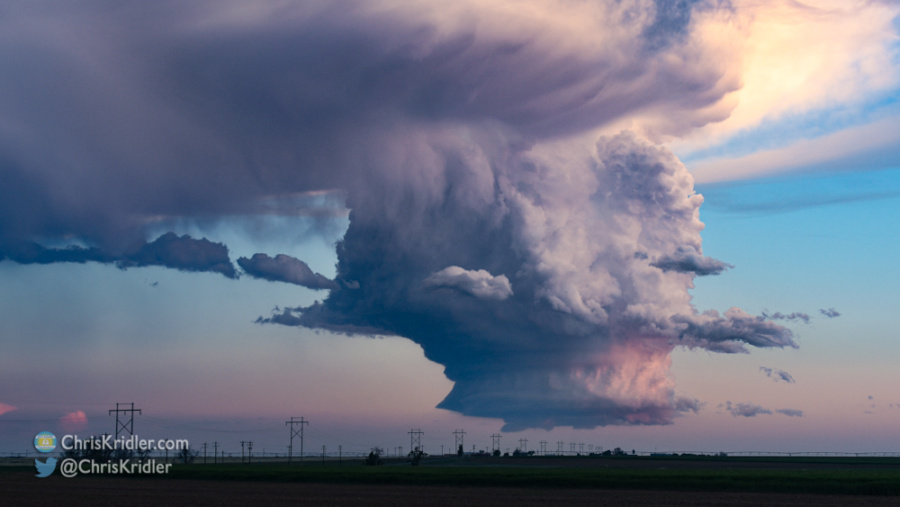 The storm turned a delicate pink at sunset.


Needless to say, we rushed headlong down to Earth, Texas, to check out the storm. Even on the way, the view was spectacular. The sky filled with bubbly mammatus clouds over a perfect LP (low-precipitation) supercell, spinning madly in the late afternoon light. We found the perfect farm road and photographed and timelapsed the storm until after dark. It was hard to narrow down the photos. And the video is totally mesmerizing.

The storm didn’t produce another tornado, but it was uniquely beautiful, especially with the mammatus, which slid away as dusk fell.

One thing that stays true about storm chasing, even in my twenty-fifth season (yes, you read that right), is that it’s really hard to get enough sleep on the road, let alone enough time to publish all the photos and videos I shoot. We drive constantly, and there’s not a lot of time to sit at a computer for hours processing photos and video. To be brutally honest, I still have some chases for which I’ve never posted the photos in previous years. And this year, though I am doing my best to stay current, I’ve already fallen behind. So although I’m writing this on May 20, I’m dating this post May 16, 2021, which is the day the event occurred. 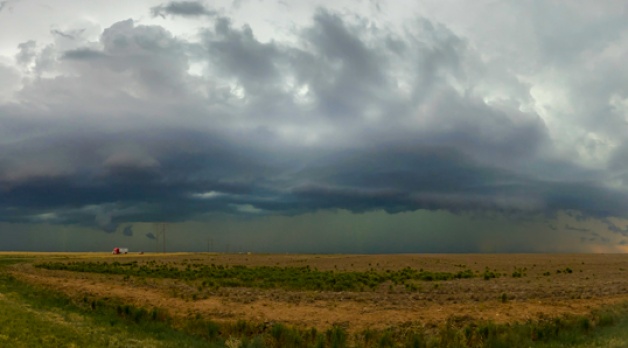 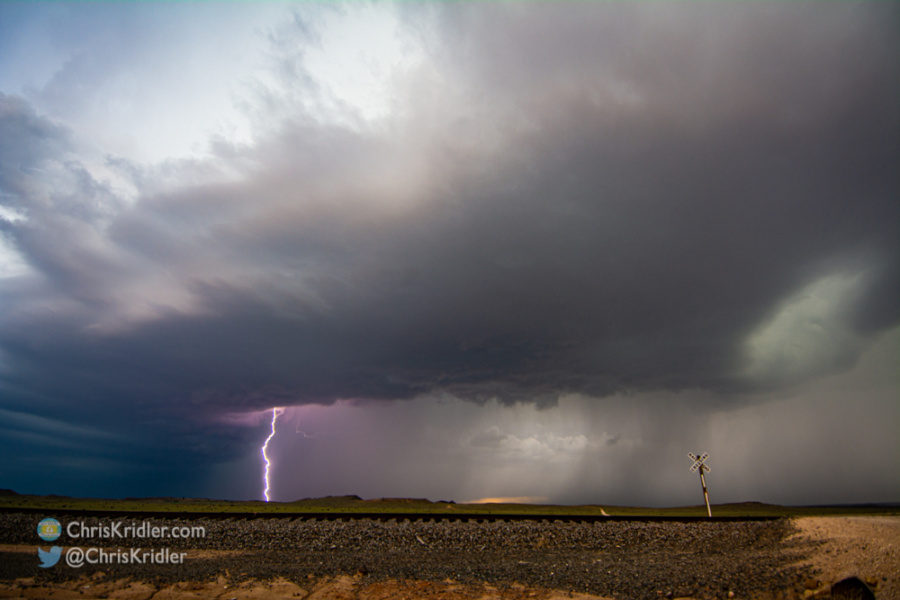 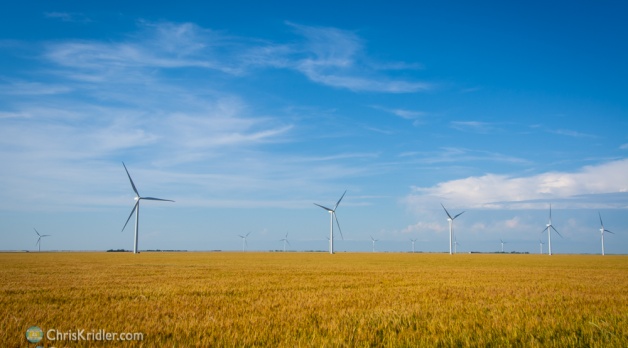