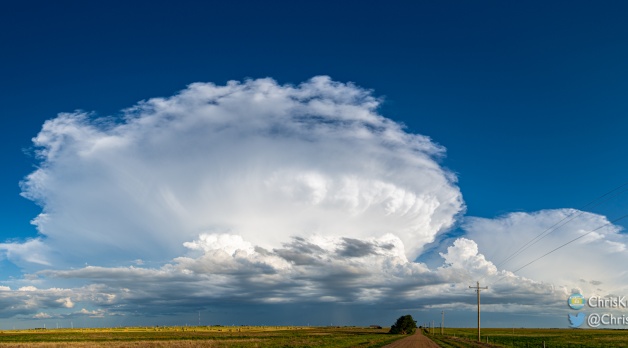 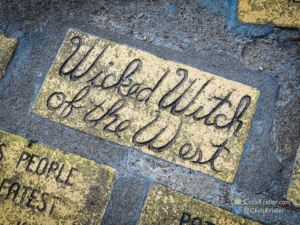 Storm chasing can be grueling. Sure, it sounds like a vacation. And it’s definitely a break from the routine of regular life, as the whims of nature guide you to your next destination on the open road. But the constant driving means there’s very little rest. Chasing late into the night precludes regular meals. And laundry is a necessity.

So on May 25, Alethea Kontis and I both needed a break – even as we agreed to keep an eye on the atmosphere for the possibility of storms later in the day. We didn’t want to drive too far to get them. Fortunately, waking up in Liberal, Kansas, offered a perfect opportunity for rest, relaxation — and chasing.

We had a real breakfast, for once, at the Pancake House, a fantastic spot in Liberal, with fellow chaser Bill Hark, who joined us later for some tourism at Dorothy’s House and the Coronado Museum. The museum had a lot of interesting artifacts, and Dorothy’s House offered a snapshot of what an early 20th century prairie house might have been like. (What? Dorothy didn’t have indoor plumbing?) And that big warehouse behind Dorothy’s House with the “Land of Oz” sign that always puzzled me — we found out what it was! It’s where the young woman playing Dorothy gave a one-woman show very much in the wild and weird spirit of The Wizard of Oz, leading us through vignettes inspired by the movie.

After a delicious food-truck hamburger, we had to make a decision. We had reservations in Colby, Kansas, that night, which was at least a couple of hours’ drive north, in hopes of chasing quality storms the next day. Bill decided it wasn’t worth chasing marginal storms to our south and headed out. We opted to take a look at the bubbling CU (cumulus clouds), which I found irresistible. 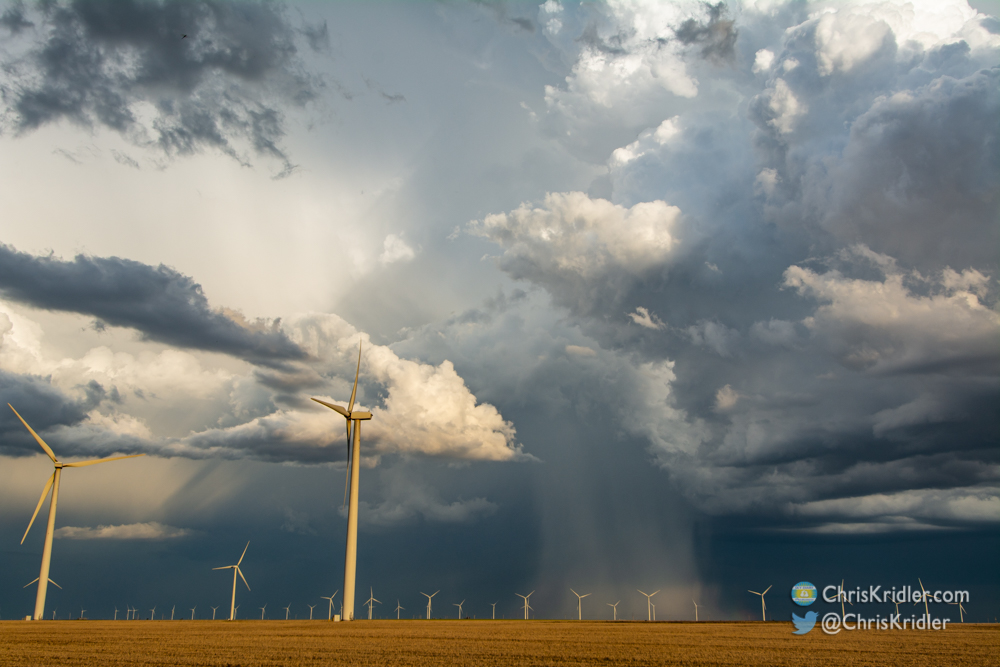 We photographed this hail shaft in the golden late-afternoon light amid the wind turbines.


Liberal is just north of the Oklahoma state line, so we dropped into the Oklahoma Panhandle and stopped at Balko to shoot the beautiful, white storms as they blossomed south of us in the Texas Panhandle. We couldn’t resist getting closer. 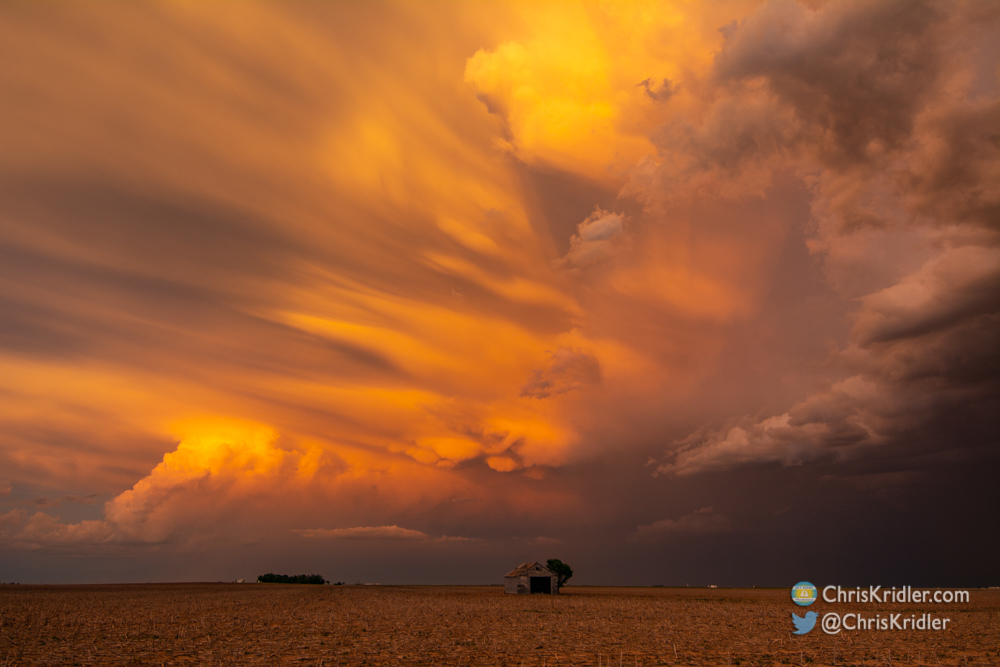 The ever-changing colors of the sunset were captivating.


Just north of Perryton, Texas, we captured a gorgeous, colorful sunset and then fantastic lightning, which was almost constant — mostly crawlers and in-cloud bolts but a few cloud-to-ground strikes as well. The GoPro nightlapse in the video is super cool. 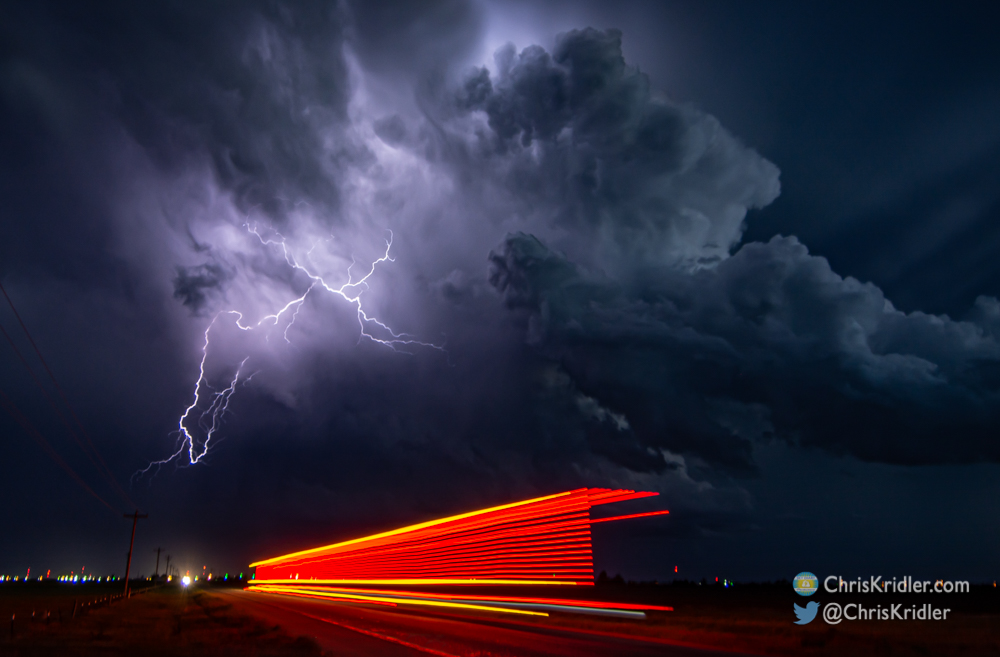 The lights of a passing truck frame the lightning storm.

We finally left the storm to drive north, knowing we’d pay for our chase with sleep deprivation. Still, at Alethea’s urging, we paused in Kansas to see if we might capture sprites. Only it was clear we wouldn’t, because a full moon lit up the prairie with an eerie glow that would have washed out sprites in any photos. Plus, we’re still trying to figure out how to shoot sprites! Still, I captured a meteor in one of my photos. Nothing like a shooting star to end a magical day.

Roll over each picture to see a caption, or click on any one to start a slide show of larger images.