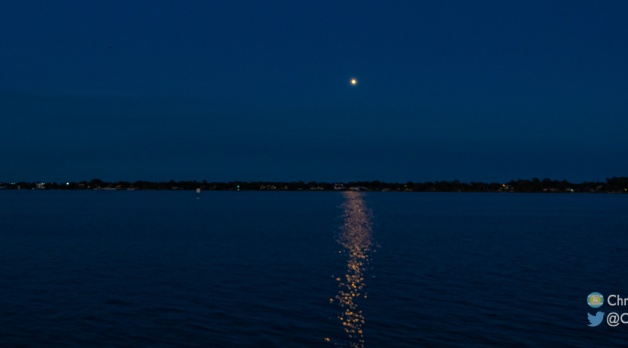 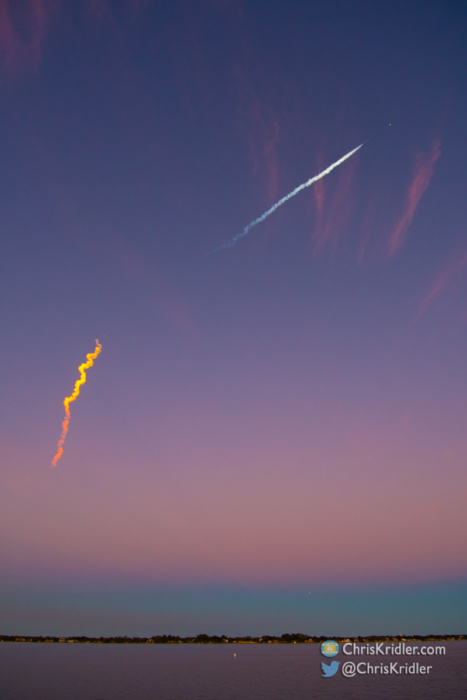 A SpaceX Falcon 9 rocket launches with an Italian radar satellite on January 31, 2022, with the booster returning to Cape Canaveral. Photo (c) 2022 by Chris Kridler, ChrisKridler.com

When I go out to shoot a launch, I really should take everything – all the lenses. All the cameras. But sometimes, I like to travel light, even if I’m just going around the block from where I live. So today – January 31, 2022 – I took one camera with a wide-angle lens and a GoPro to shoot a SpaceX rocket launch.

The launch wasn’t very close, given I shot it from Rockledge, Florida, along the banks of the Indian River Lagoon. But today, the wide shot was pretty. The purples of twilight, with cirrus clouds catching the pink of the setting sun, offered a lovely backdrop for the launch of a Falcon 9 rocket with an Italian radar satellite.

I had a moment of regret that I didn’t have my super-big lens when the booster turned around and headed back home as the payload continued on its way. At a different time of day (or night), this “jellyfish” might have been even brighter, but it was still impressive. In my shots, it’s just a small part of the whole, but you can see the bright heat of the engines as white dots.

Nights like this make me feel like I’m living in a science-fiction movie with a spaceport just down the road. And with the number of launches scheduled for this year, we’ll be seeing a lot more sights like this one, I hope.

Several seconds after the rocket booster returned and landed at Cape Canaveral, we were rewarded with the sonic boom. They’re always satisfying, somehow – and it’s a fun moment in the video. 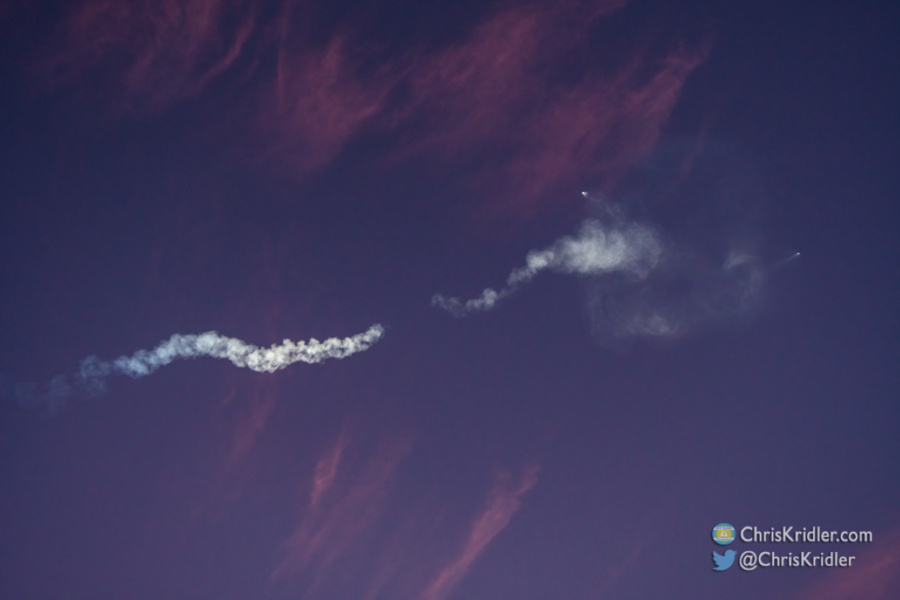 A SpaceX Falcon 9 rocket launches with an Italian radar satellite on January 31, 2022. Here the payload heads on its way while the booster (the left bright dot) turns around and aims for Cape Canaveral. Photo (c) 2022 by Chris Kridler, ChrisKridler.com