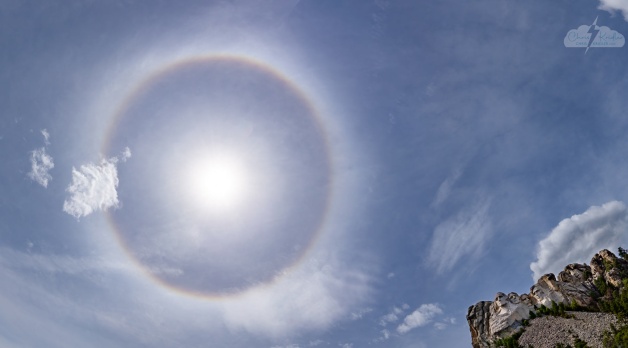 14 May 2022: Eerie sun halo glows over Mount Rushmore amid wonders of South Dakota

Even when storms are scarce, the sky often delivers if you just look up. 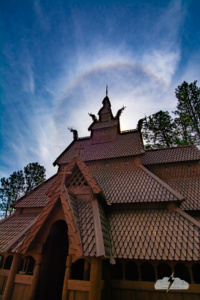 A sun halo shines behind the Chapel in the Hills.

May 14 started with an early trip to the Honda garage to see what all the alarms were about the day before and to get the traditional mid-storm-chasing-trip oil change.

Fortunately, a friend from my newspaper days and her beau picked up Alethea and me at the Honda dealership to take us on a fabulous tour of Rapid City, where we were followed by a sun halo. A gorgeous sun halo! The only time it left us was on Dinosaur Hill, a wonderfully bizarre WPA project of dinosaur sculptures built atop an impressive prospect.

We also visited the Chapel in the Hills, a replica of a structure built in Norway in the 1100s, and the Geology Museum at the South Dakota School of Mines. (More dinosaurs!)

I owe Gina and David double for this lovely day. The pleasant sightseeing helped temper the pain of the car bill, which included four new tires. Ouch. But no diagnosis of the CR-V’s sensing system issues. 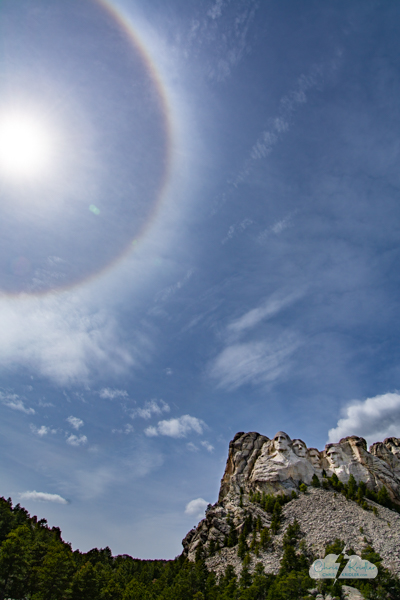 Part of the sun halo over the great carved faces at Mount Rushmore.

Next stop after we picked up the car: the Mount Rushmore National Memorial. Neither Alethea nor I had seen it. These days the grand memorial is fraught with baggage, as it’s carved out of mountains sacred to Native Americans.

My interest was more trivial. Since I’m a movie nut, I wanted to see it and get the North by Northwest vibe. (If you haven’t seen this Hitchcock movie, watch it right now! It’s pure fun.)

From a purely how-did-they-do-this perspective (or why did they do this?), Mount Rushmore is an impressive sight, made even more so by that magnificent sun halo that had been following us all day. I loved the photos I shot, and we did a silly little video from the viewing area.

We moved on to the Crazy Horse Memorial, a truly epic mountain sculpture in progress not far from Mount Rushmore.

The in-progress sculpture is accompanied by a visitor center and museum of seemingly endless rooms stuffed with artifacts of Native American history. The theme: dreamers. Because it’s going to take generations of dreamers to make this vision a reality.

Where’s all the storm chasing, you might ask? Well, we were asking the same thing, and that’s why we headed to Lead, S.D., for a mini writers’ retreat after a stop for dinner in Deadwood, which, as in days gone by, is overrun by gamblers and drinkers. Add tourists and bikers and bachelorette parties, and you get the vibe.