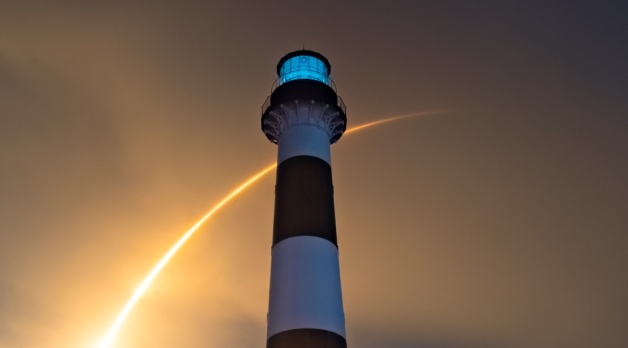 10 September 2022: A launch and a lighthouse at Cape Canaveral 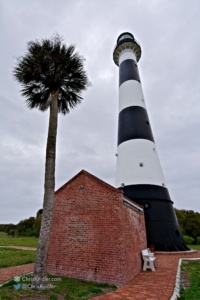 The first Cape Canaveral Lighthouse began operation in 1849. The cast-iron version that replaced it began working in 1868. It was moved over a mile inland in the 1890s to keep it safe from erosion. The original Fresnel lens has been removed because launches were literally shaking the glass pieces out of their framework, and the light no longer rotates — or it didn’t when we were there. It just blinks.

Still, the lighthouse makes a dramatic foreground for a launch photo. I can’t help but contrast ships from centuries past with today’s spacecraft, like the SpaceX Falcon 9 that launched on Saturday, September 10. (You can read more about the lighthouse’s history and how to visit it here.) 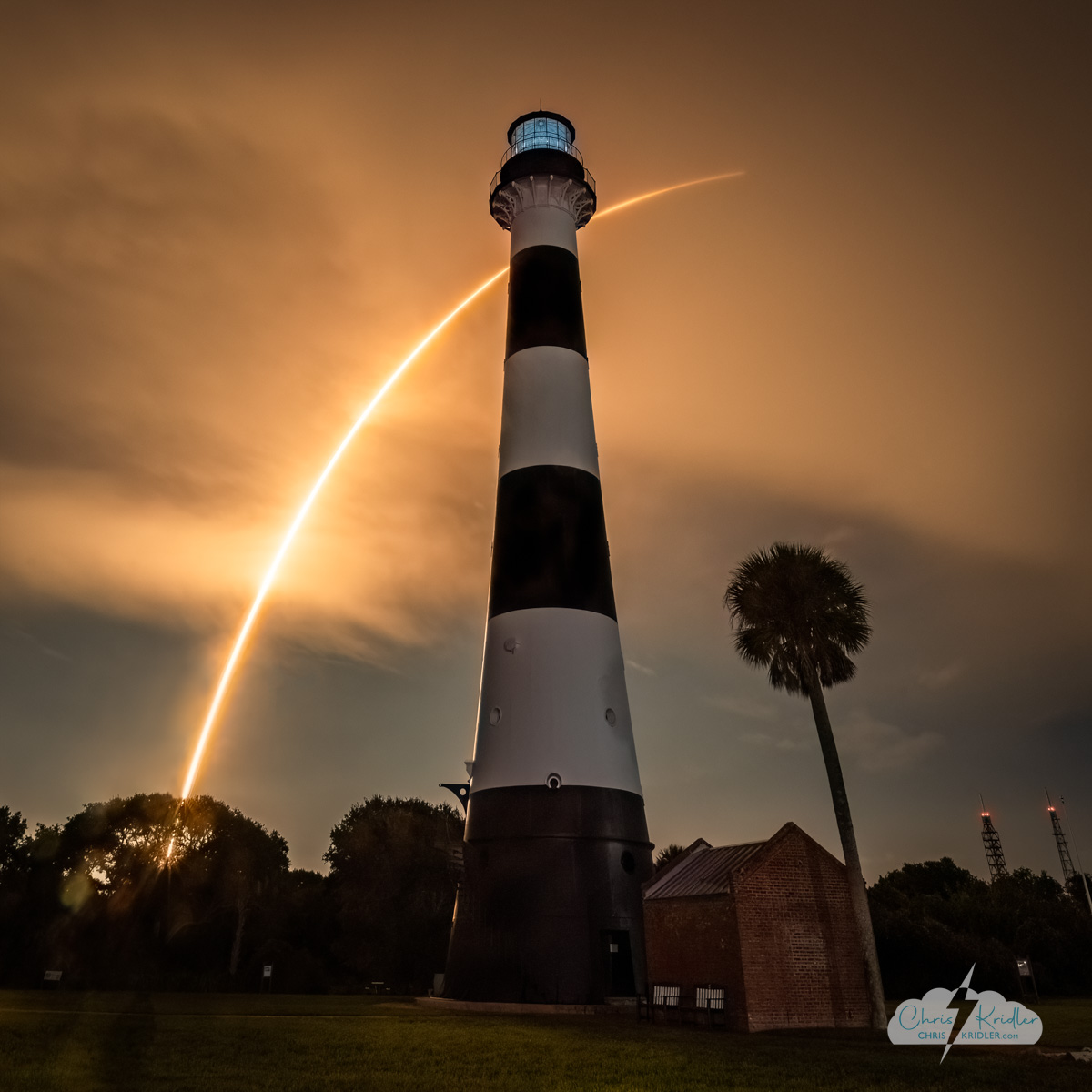 
I’d never had a chance to shoot a launch from here before, though I’d always wanted to. We sometimes get access to a car pass, and we had the rare opportunity to get a ticket for this site. The weather was iffy for a while after tremendous rainstorms in the afternoon. Clouds and showers lingered and showed a reluctance to clear out. 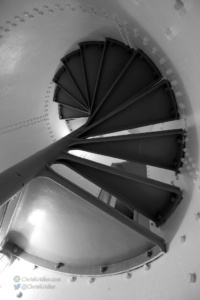 Stairs inside the lighthouse (2015 photo).

Pad 39A is north of the lighthouse, and I could only hope I’d lined up my shot so the rocket wouldn’t lift off behind the tower — and that we’d see more than the first few seconds. A bit of glow in the clouds and some reckoning with a map app helped. I wanted the lighthouse to be framed by the arc of the streak.

As the rocket lifted off, it became clear that the northeastward trajectory meant the rocket wouldn’t lift high enough (visually, anyway) to rise above the lighthouse. For a second I hoped it might pass right behind the light at the top, but still, it made for a very pretty scene. I cropped the vertical shot into a square one.

I shot the launch with a second camera using my 10mm fisheye lens (below). I like this, too, because the lightkeeper’s cottage (a replica) is visible at left. And the GoPro timelapse video is a fun little glimpse of the lift-off after the moonrise, which was almost directly behind us. The clouds and rain thinned out just enough to make this photo opportunity work.

The rocket carried more Starlink internet satellites and the new (and alarmingly large) BlueWalker 3 communications array, which will soon show up in our photos, no doubt. 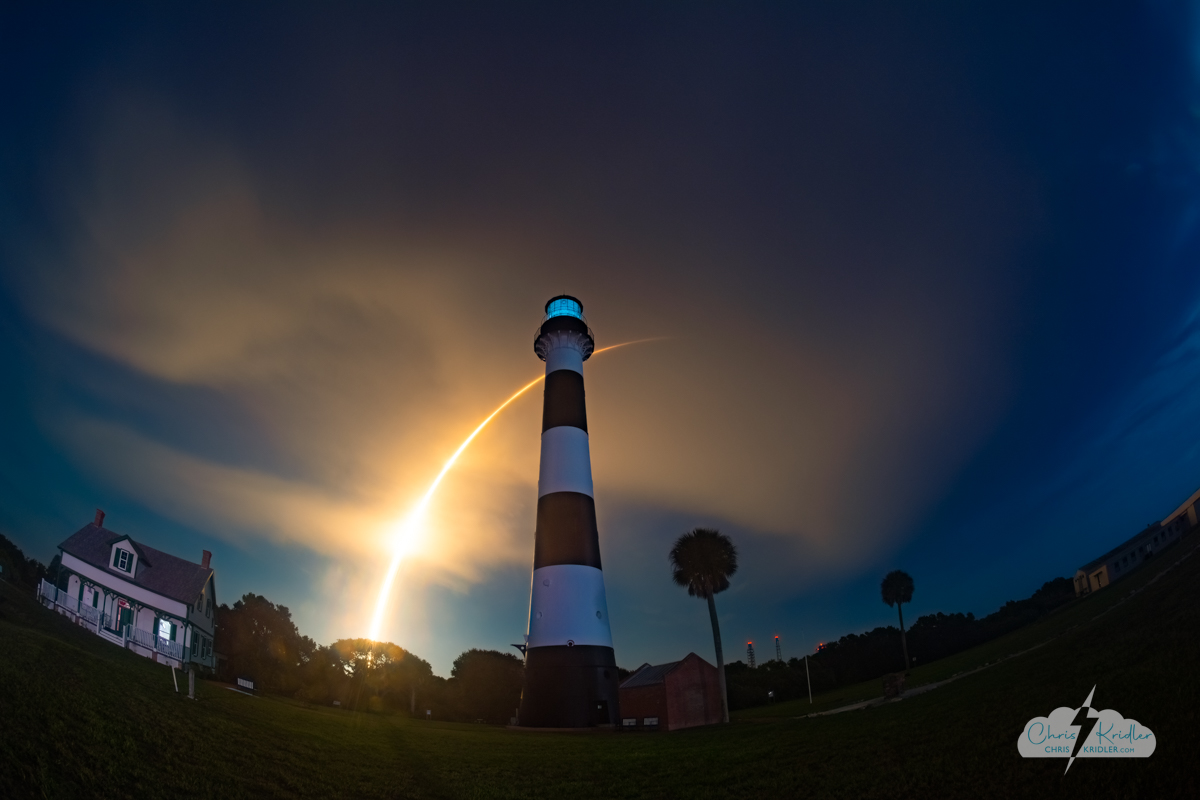 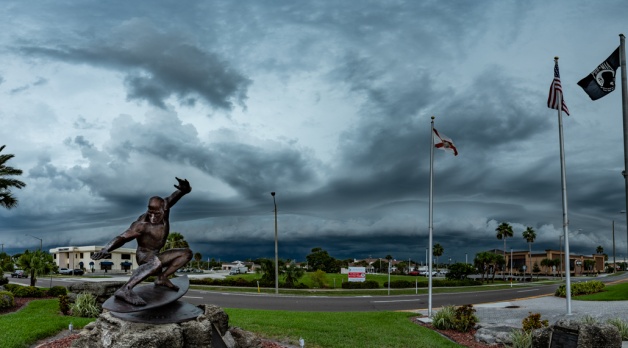 It’s been a while since I’ve posted. I’ve been working on editing books and designing book covers. I launched my first collection at the Stolen Butter Gallery. I went on a road trip. And I hauled my camera here and there to shoot storms and space launches.

There were highlights – for instance, a violent storm on August 26 that produced a stunning shelf cloud that I captured in Cocoa Beach, with the statue of champ Kelly Slater “surfing” the wave of the storm. And sometimes, even when a launch was lackluster, the skies were beautiful anyway. But the pattern this summer has strongly favored the west coast of Florida, so we haven’t had much in the way of good storms, and when we did, I was out of town for most of them. 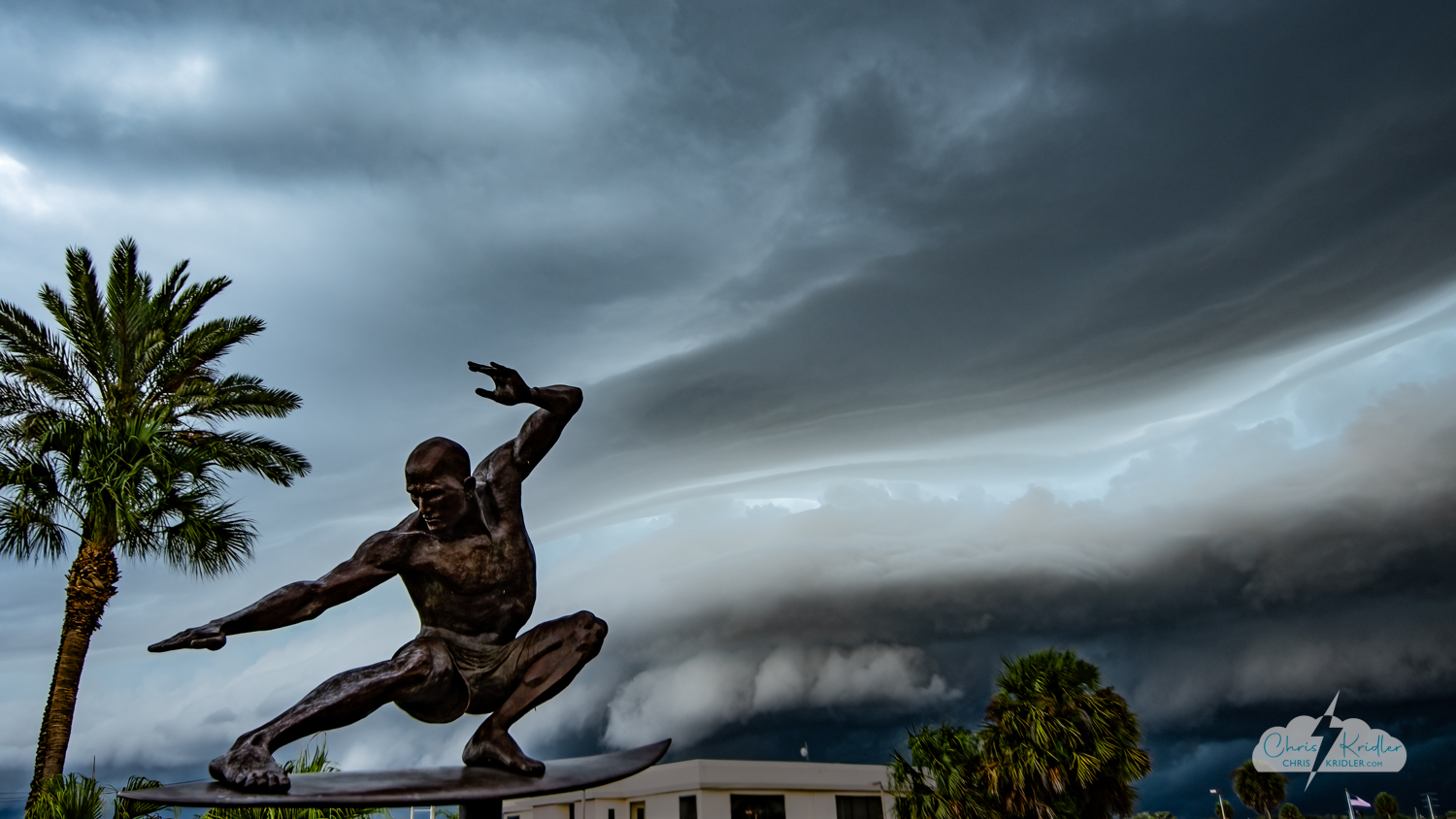 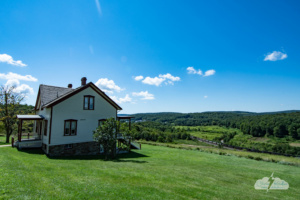 At the Johnstown Flood National Memorial, on the edge of where a large lake once stood until the South Fork Dam broke and caused the 1889 flood.

The road trip was a whirlwind pleasure tour (without whirlwinds) through the Midwest, after a family visit or two. Besides hitting cocktail bars (which my alter ego will post about), my husband and I had a taste of city and country in our travels.

One of the highlights for me was visiting the Johnstown Flood National Memorial in Pennsylvania, site of the lake whose water hurtled downstream, destroying everything in its path and killing more than 2200 people, when the South Fork Dam broke in 1889. 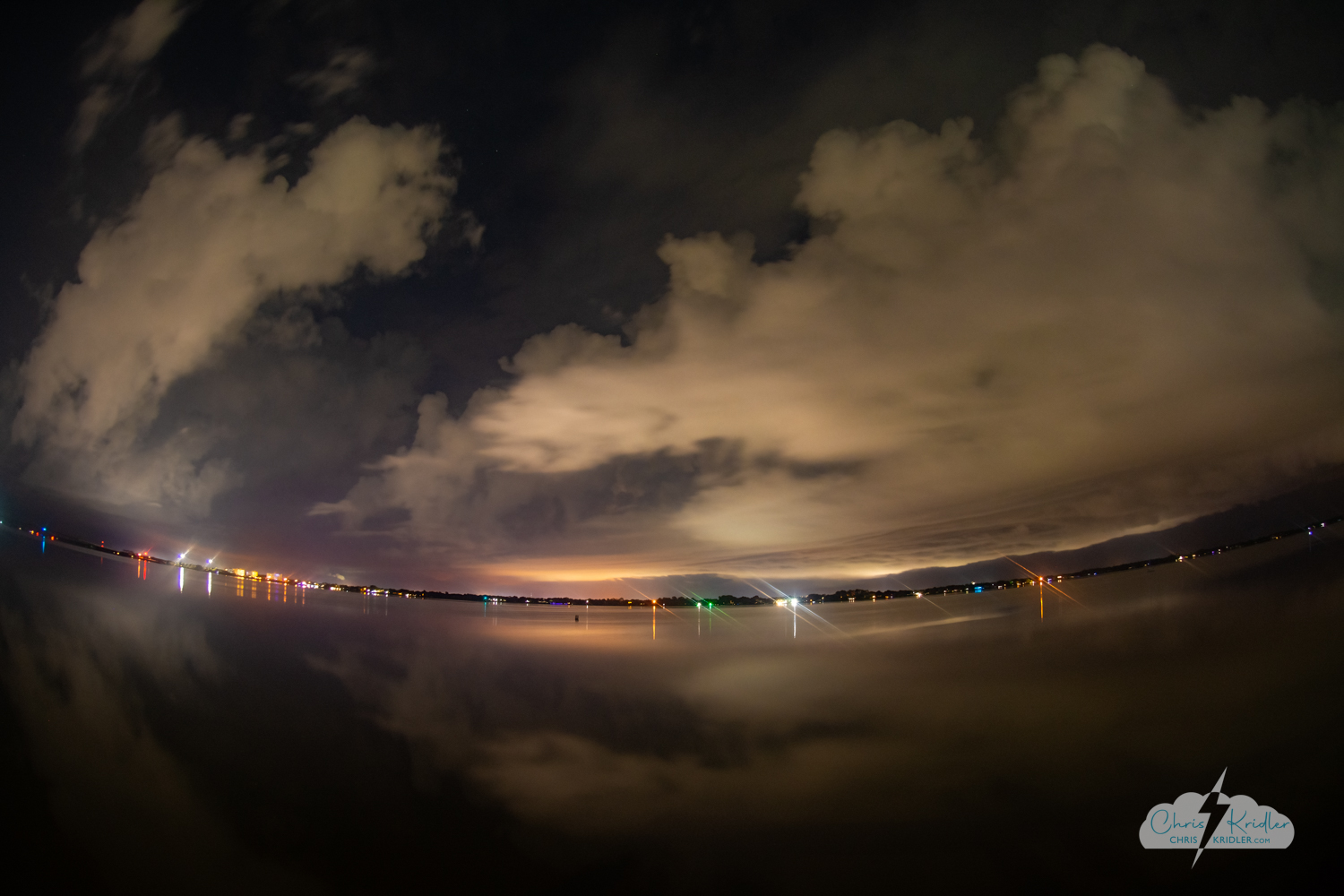 I was entranced by the clouds’ reflection in the calm waters of the lagoon on August 27 after the rocket launch.


While we’re all awaiting the twice-delayed launch of the Artemis moon rocket, other launches have kept the skies interesting over the Space Coast. I’ll let the photos speak for themselves.