Pure dedication led us to chase a messy setup on May 12, 2022, looking for the needle in a haystack, or the tornado in the mess. This was one of those hindsight-is-20/20 days. If I could go back in time, I’d position myself ahead of the line that formed and kicked up the dramatic haboob that swept through Sioux Falls. Certainly the potential was there in the forecast – a line of strong storms was expected, accompanied by high winds, and it was so dry, a haboob like this was possible. But Alethea Kontis, Jason Persoff and I wanted to see if we could find a tornado. 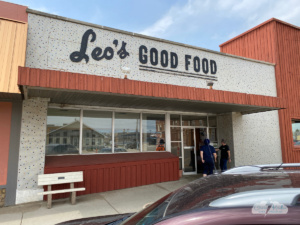 On May 12, Alethea and Jason head into Leo’s Good Food in Redfield, South Dakota.

We headed to Redfield, South Dakota, and had lunch at a great old diner set in an even older bank building — hence the pun on the Leo’s Good Food sign, which says, “Family Dining You Can ‘Bank On.'” The salad bar was set up in the old bank vault.

We had a hearty lunch interrupted by the eerie sound of the tornado siren — I mean the CREEPIEST tornado siren I’ve ever heard, and I’ve heard several. We checked our phones immediately, but as we thought, nothing was brewing yet, weatherwise. The other possibility was the fire department calling on its firefighters, and indeed, that’s why the siren sounded. But it gave us a weird feeling even as the locals kept eating like nothing was going on.

We said hello to several other storm chasers in the restaurant, then went to the south edge of town to watch the sky. We finally picked a storm amid the messy convection that went up, and it failed to do anything noteworthy. Though at least we got to say hi to Daniel Shaw on the side of the road, our only Dan sighting this season. 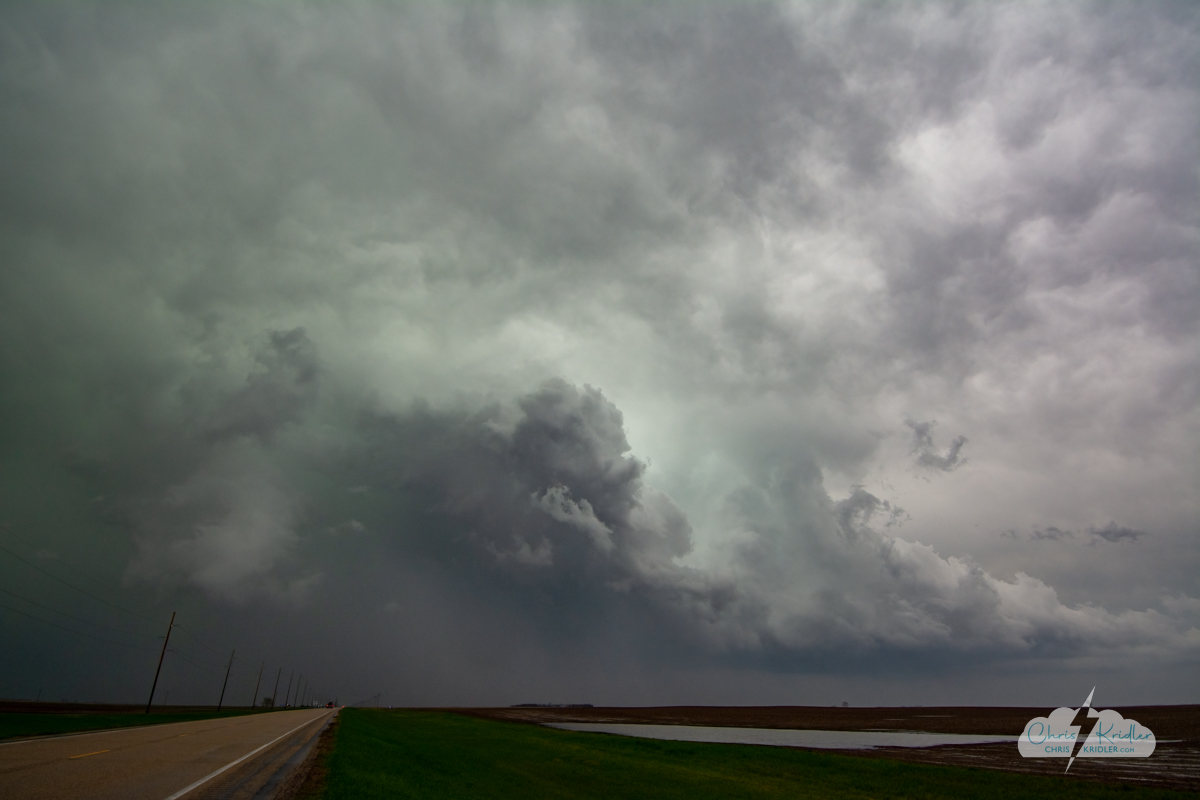 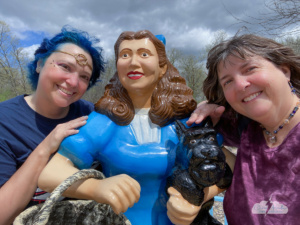 Dorothy is a kindred spirit.

The next day, after breakfast with Jason, who headed home, Alethea and I visited Storybook Land and The Land of Oz in Aberdeen, South Dakota. This lovely attraction was not yet fully open for the season, but its outdoor features were, and it was full of groups of screaming children having fun.

I happily walked the yellow brick road and shot cool timelapses of the clouds before we headed west. (The video is transporting.)

We shopped for junque at Wall Drug — my first visit to this mega-emporium — then drove through Badlands National Park at sunset. And it was spectacular. Finally I understand what everyone is talking about. We hoped for a popup storm but didn’t get one. I need to go back. 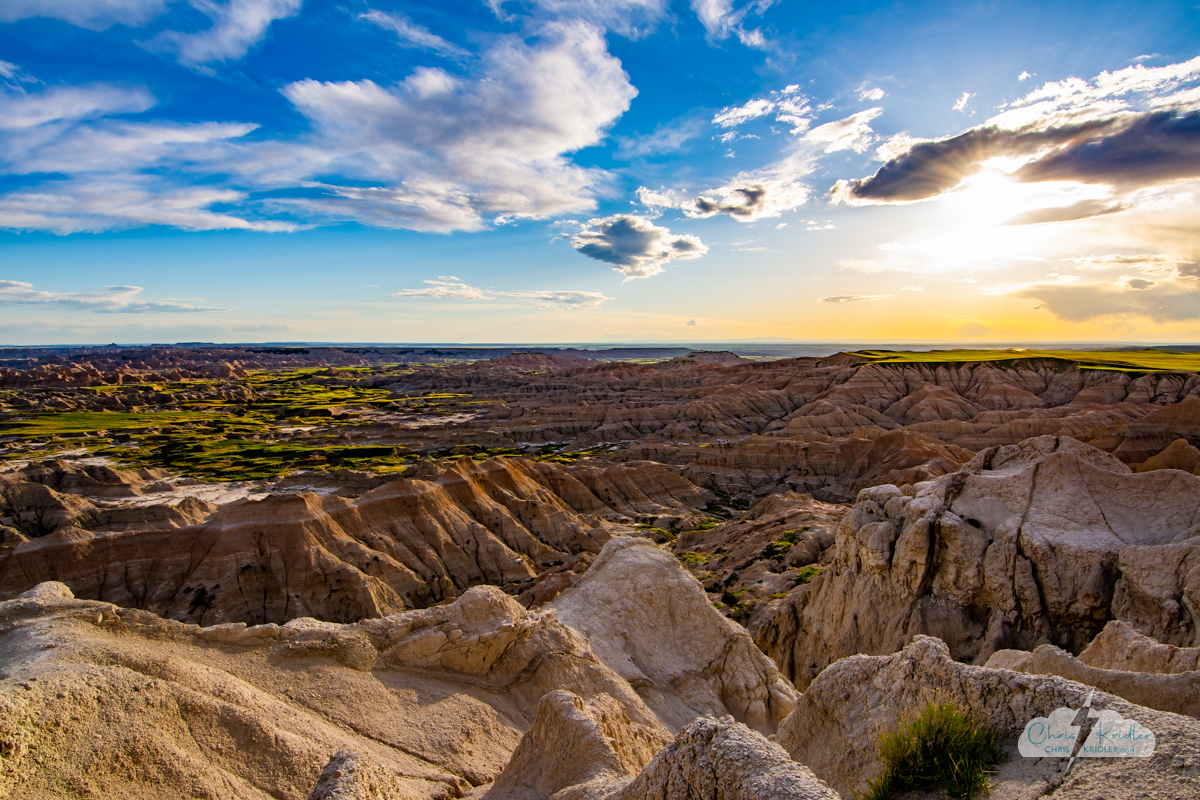 
We spent that night in Rapid City so we could get the car checked out the next day. The CR-V threw a bunch of warnings at us related to the cruise control and accident avoidance systems, or Honda Sensing, as it’s called. My theory was that the car freaked out in the extremely high winds on this otherwise fair-weather day, but I wanted to get it checked out even though the warnings eventually went away. It’s always something when you’re piling thousands of miles on the car during a storm chase.

Roll over any photo to see its caption, or click on an image to start a slide show.