After Alethea and I took a little writing break during our slow storm season, we left South Dakota and headed south through Nebraska to intercept storms in northern Kansas. Of course, we saw a sun halo along the way. It’s been that kind of year. 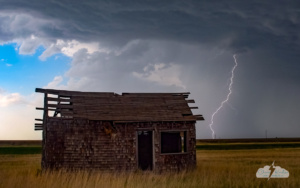 And yes, it was a haul, and we were north of the storms when a landspout tornado occurred. We didn’t see it, but we got south of the line anyway and watched the storms develop. There wasn’t much in the way of rotation, but it was ELECTRICAL!

I took a lot of photos and video as the line of storms produced one lightning bolt after another. You can see almost continuous zappage in the “Kansas Zap Fest” video. And there’s a mix of Nikon stills and video grabs in the gallery. I do love the infinite variety and quirky behavior of each lightning bolt. #ZapBang!