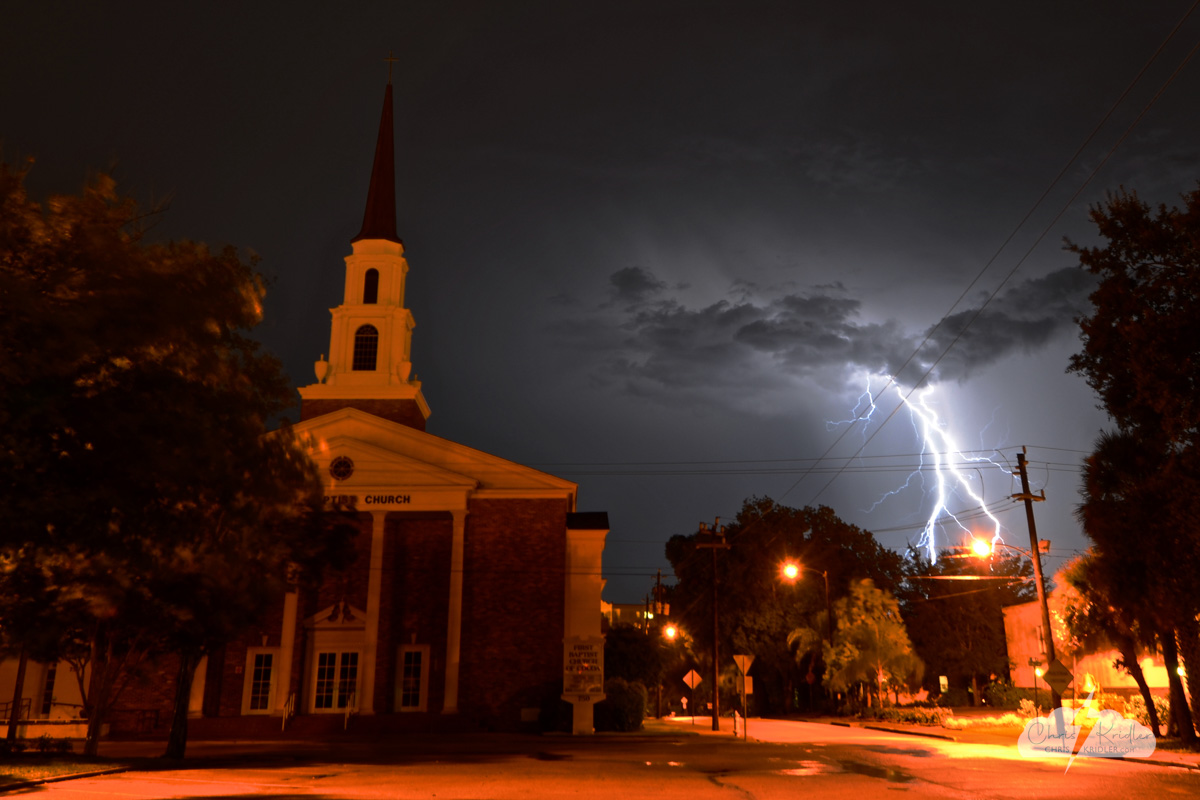 
It wasn’t easy to catch the August 15 lightning in east-central Florida, as much of it was embedded in rain – or I was getting rained on, meaning it was almost impossible to get a shot without a drop on the lens.

I got a few photos that may be of academic interest, if not as artistic as I’d like. There were technical challenges, one being that most of the bolts were embedded in rain. Another was that during the ten minutes they were really good, I was driving and stuck at Cocoa’s many stubborn traffic lights.

I headed to Port St. John, then meandered west to near the Lone Cabbage Fish Camp in west Cocoa. I got a few OK shots there, but when I was headed back east, the blob of precipitation that was heading offshore exploded with cloud-to-ground strikes when I was in no position to shoot them. Figures. I finished with a few shots in Cocoa and then along the Indian River Lagoon.