25 May 2012: The rapturous rope-out of a backlit tornado in Kansas

The May 25, 2012, chase led me to a pretty backlit tornado in north-central Kansas.

I started the day with Dave Lewison, Scott McPartland, Dayna Vettese, Brad Rousseau, and Simon Eng, but by chase’s end, we were scattered to the winds.

We stopped in Great Bend, Kansas, targeting the triple point to the west where warm front and dryline met. We then drifted to Rush Center, where we met lots of chasers, and one tower went up in a hurry. This is the first storm we chased, along with a zillion other chasers, who drove like crazy people through a grid of dirt roads like a pack of rats let loose in a maze. 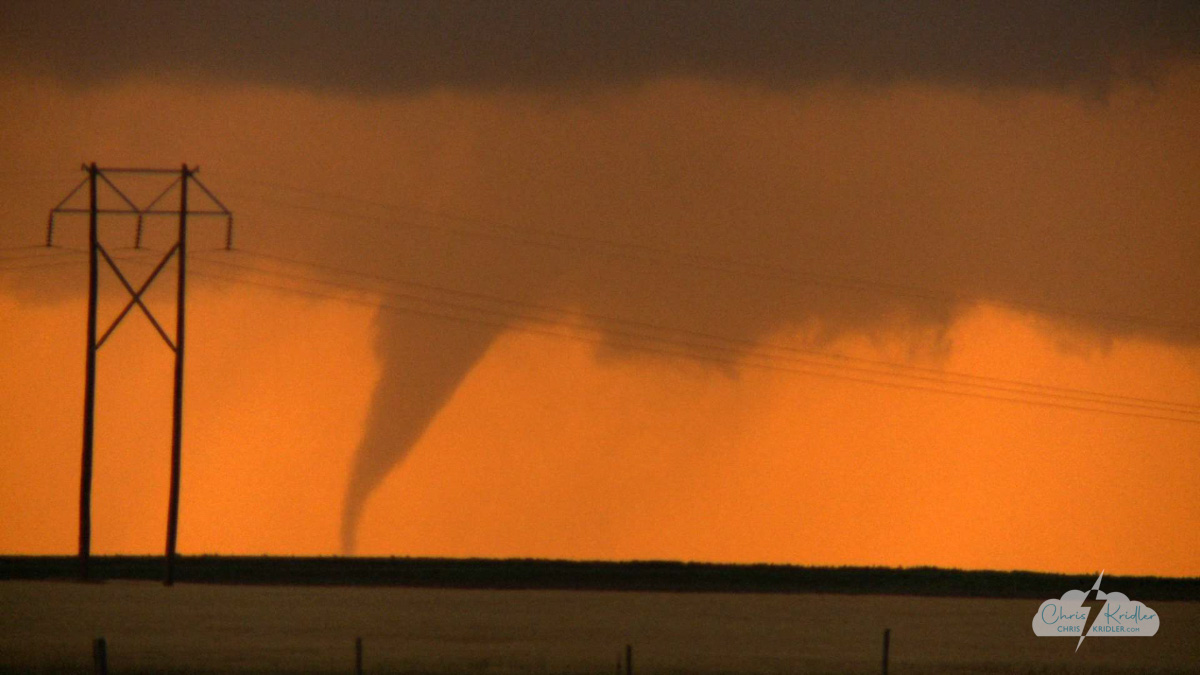 
That storm didn’t produce the cheese, but at dark, storms in the line went crazy. Some chasers reported seeing as many as five tornadoes, some at or after dark; makes me feel like a slacker for just finding one.