I made this film in one day, or over several years, depending on your perspective. I used some of my archival footage of storms and tornadoes, but I also interviewed a group of friends and chasers during a typical marginal chase day that took us from Kansas into southern Nebraska. I wanted to show how much driving, bad food and waiting around were involved in getting those few seconds of amazing footage – and that not every chase is awesome or extreme. But I still think every chase is awe-inspiring, in its way, because I love the freedom of following the weather and exploring the beautiful Great Plains.

Here’s the movie. It’s just over 14 minutes. Don’t forget to check the quality setting – the gear symbol in the lower right of the movie window – and choose 720p HD if your connection allows it.

I’m getting ready to go storm chasing in May … and will be going a bit mad over the next few days during an expected outbreak of severe weather in Tornado Alley. (Do you have your weather radio

yet?) So as therapy – and as part of a flurry of updates of my storm-chasing-focused sister site SkyDiary.com – I’ve put together a little video from an interesting chase on May 18, 2010, in the Texas Panhandle. Near Dumas, I saw one tornado. I also saw a huge, rotating wall cloud that was dragging its butt on the ground, but from my perspective, I couldn’t confirm a tornado. This storm was a perfect example of one that can inspire all kinds of specious tornado reports, thanks to all the dangling scud clouds, yet definitely warranted tornado warnings. This storm rolled over Boynton Beach, Florida, during a storm chaser party on March 31, 2012. Photo by Chris Kridler, chriskridler.com

May is a month away – and for me, that means my annual Tornado Alley trip is about that far away, too. I’ll likely head out with the first good system, but it will be after May 1, when I am speaking to the Camera Club of Brevard about photographing storms and storm chasing.

Saturday was a good warmup. That’s when Jim Leonard played host to a storm chaser gathering in Boynton Beach, Florida. There was good food, lots of good storm video, and lots of tale-telling, of course. Enhancing the experience were some pretty little storms that rolled through. 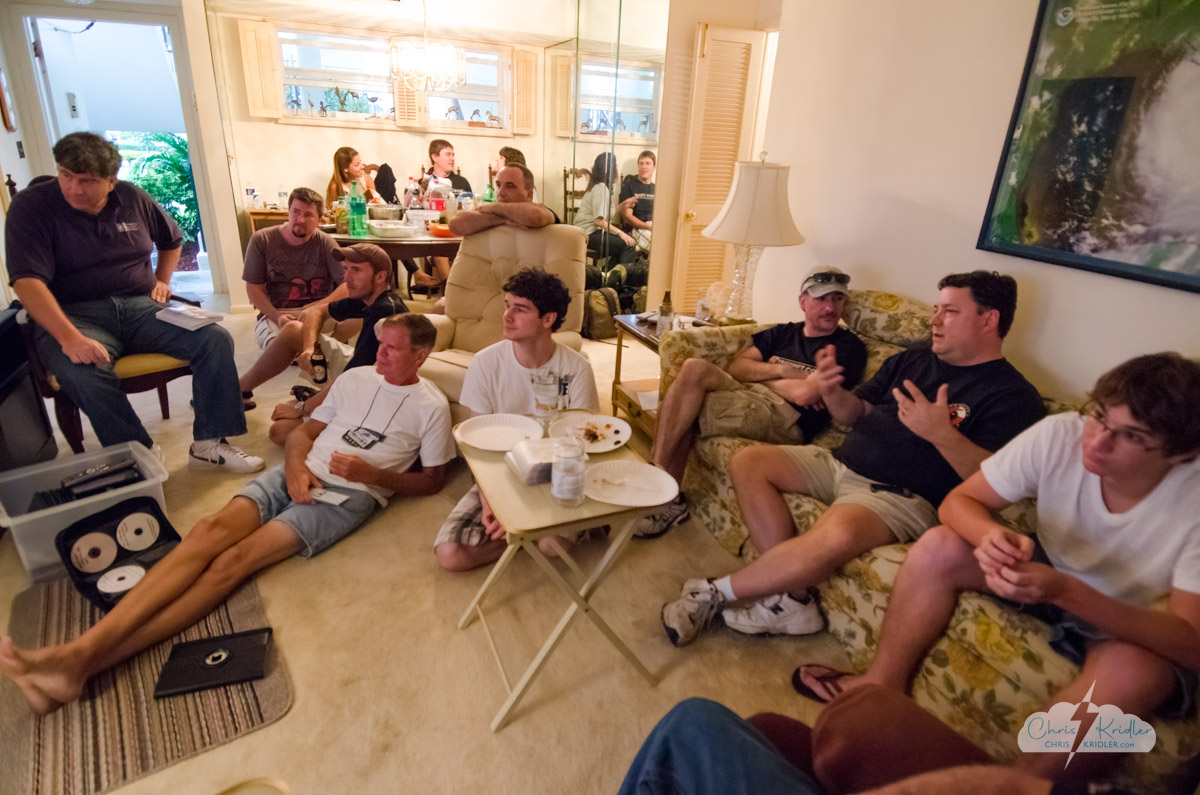 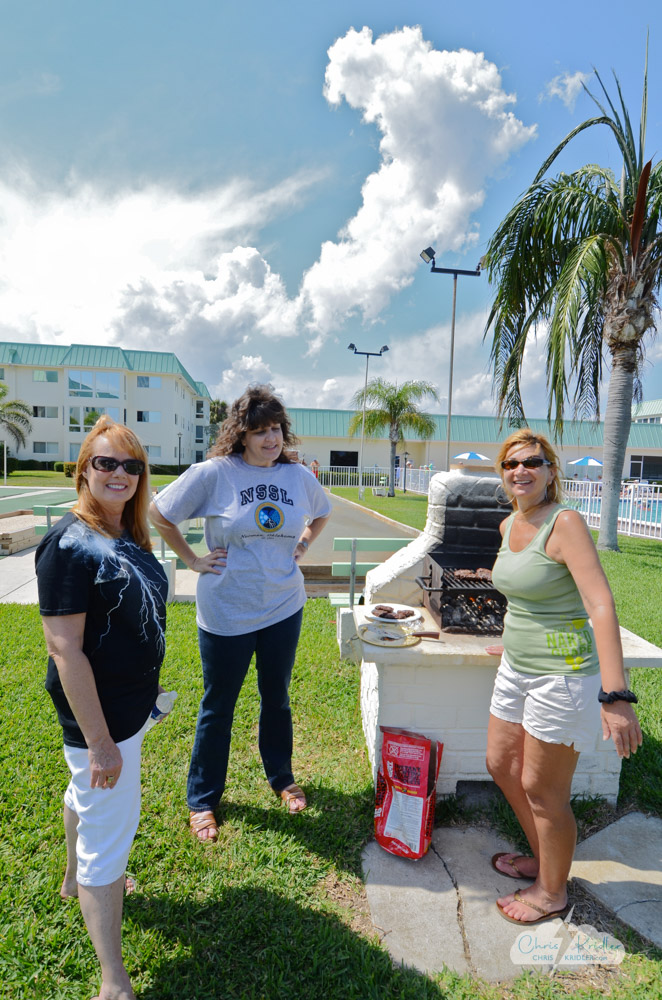 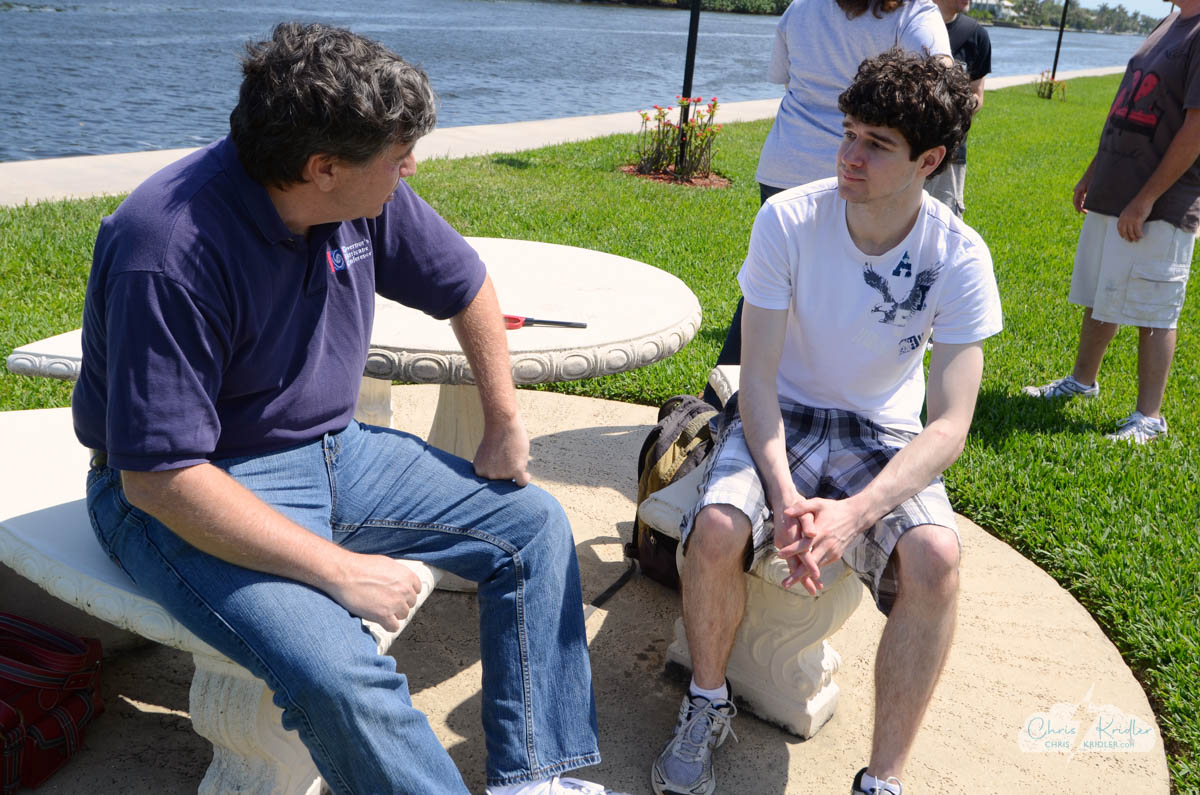 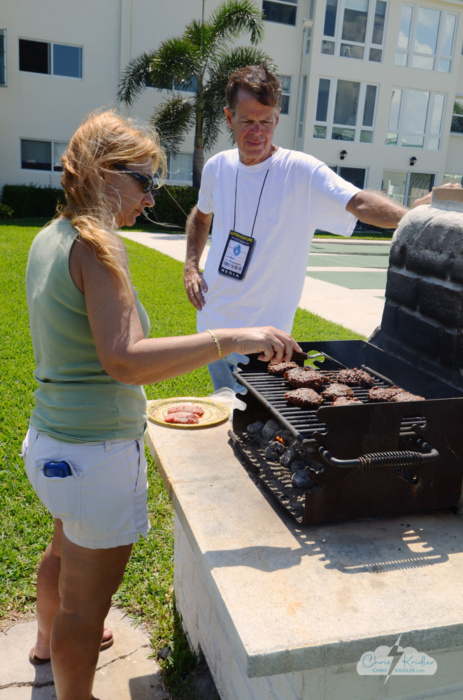 Jim Leonard at the grill.