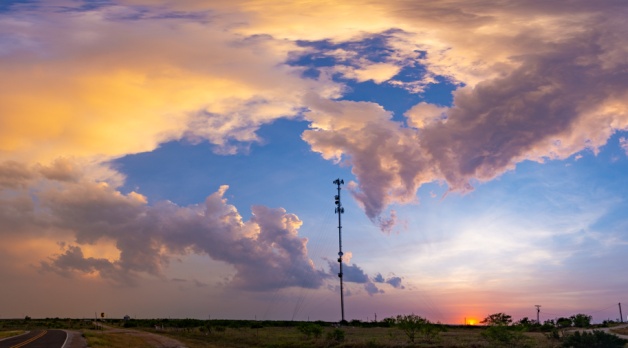 20 May 2022: Texas blues, or some storm chases are mostly about the sunset

We saw beautiful atmospheric phenomena on May 20, but it was a minimalist storm chase. Still, it was atmospheric as only Texas can be.

First, it was seriously hot – 97F, not the kind of temperature you expect to be conducive to severe storms. We played around a cold front (not that cold) and dryline and followed clouds around with the kind of hope that only desperate storm chasers have. Storm chasers who, one might add, were here from somewhere else and so didn’t have quotidian distractions to prevent us from chasing.

This is the kind of chase day that’s a real reality check for the hardcore storm chaser. Not every day can produce tornadoes and photogenic supercells. Especially in 2022. 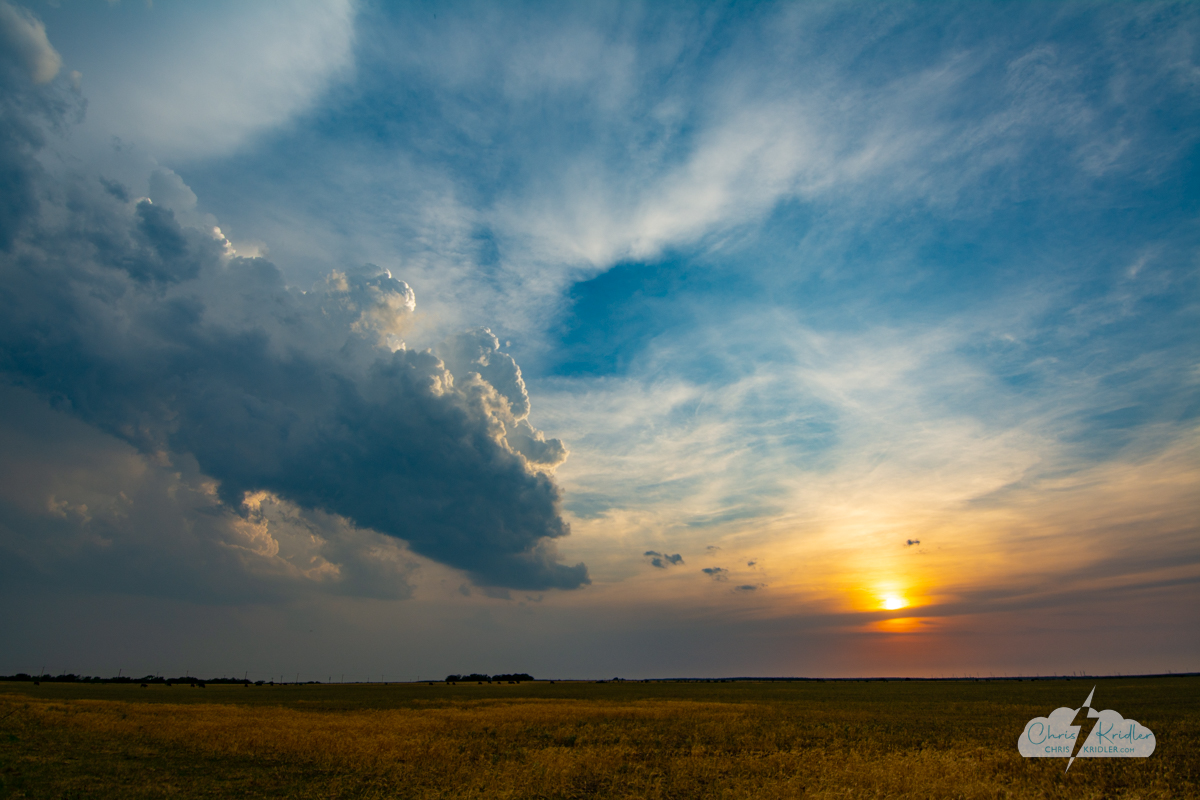 A haunting prairie sunset near Throckmorton.


Alethea Kontis and I waited in Olney, Texas, for a while for a scant chance of storms, even sampling a frozen coffee drink at Hometown Coffee & Tea (it was excellent). Then we drove around in a triangular “circle” or two, passed a really cool “graveyard” of roadside signs and old cars and trucks, and ended up “chasing” a couple of storms until they died about an hour later. One was “severe” (today, pretty much everything had quotes around it). Let’s just say we were underwhelmed.

The sunset was beautiful, though, with a wavering orange sun sliding down behind wind turbines and power lines at Throckmorton as the sky lit up in orange and blue. We started the chase at an Allsup’s and ended up at one, with the feral cats sitting in judgment as we ate our burritos. Now that’s Texas storm chasing.

Roll over a photo to see the caption or click on any image to start a slide show.